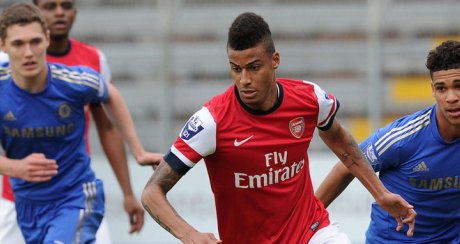 Arsenal are expecting a significant amount of reserve and youth players to leave the club this summer.

Among those heading out the Emirates Stadium exit door include Conor Henderson, Josh Rees and Dutch U-21 international Kyle Ebecilio.

Talented midfielder Ebecilio only signed professional terms with the club in 2011 but has had his head turned elsewhere after promises of first team football from Eredivisie side FC Twente.

Other names to depart include the much-loaned-out Sanchez Watt, Craig Eastmond and goalkeeper James Shea, while highly-rated defender Martin Angha has agreed a summer move to FC Nuremberg in Germany.

Meanwhile, Gunners boss Arsene Wenger has confirmed Andrey Arshavin will be leaving the club when his contract expires in June. Veteran French centre back Sebastien Squillaci will also follow suit.