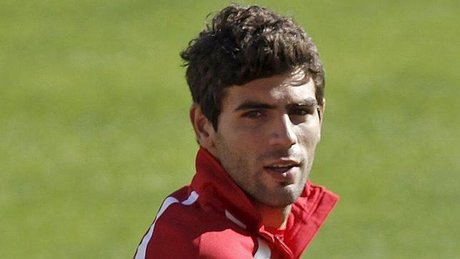 Arsenal are reportedly interested in signing Sevilla defender Federico Fazio, according to reports in Spain.

The 26-year-old, who has been at the Ramón Sánchez Pizjuán since 2007, told Sevilla officials last month that he is looking for a new challenge abroad and won’t be extending his current deal which runs out in June 2014.

Argentine defender Fazio has made 24 appearances for Sevilla this season and can play in the holding midfield role as well as defence.

Spanish daily Estadio Deportivo suggest a bid of around £5million could be enough to tempt Fazio away from Sevilla.

Meanwhile, Real Betis manager Pepe Mel will travel to London within the next few weeks to sign a collaborative agreement between the two sides.