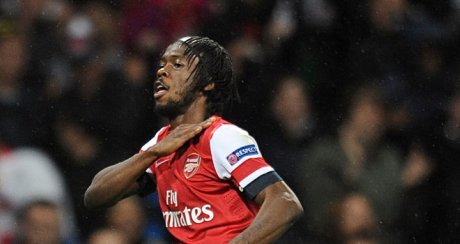 French giants Marseille will meet with Gervinho’s representatives next week as reports claim the Arsenal forward is closing in on a season-long loan move to the Stade Vélodrome.

The 26-year-old has failed to establish himself as a key first team player since his move from Lille back in 2011, with many fans venting their frustrations at the Ivorian’s inconsistency last season.

“If I want a new start, I will have offers”, said Gervinho last week.

“Marseille is a great French club. I cannot say yes or no, but it is flattering.”

Reports in France have already confirmed that Marseille first made enquiries for Gervinho at the end of last season, and sporting director José Anigo remains confident that a deal can be finalised by the beginning of next month.

The move is likely to be dependent on whether Marseille manage to secure the signing of their main target Romain Alessandrini, after negotiations with Rennes have stalled over recent days.

Gervinho scored five goals in the Premier League last season and has been the subject of interest from several European clubs including Turkish side Galatasaray and Marseille’s bitter rivals Lyon.