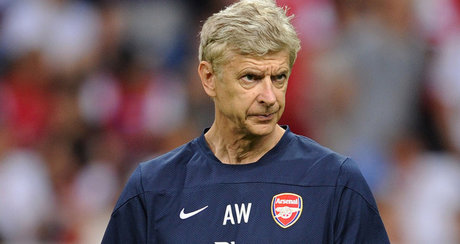 The 20-year-old becomes the fourth player to have been offered an opportunity to impress Gunners boss Arsene Wenger after scouts saw him star for Ivorian side ASEC Mimosas last season.

Despite being hot on the heels of Luis Suarez and Luis Gustavo, Wenger’s scouting set-up have identified several players who could earn themselves professional contracts if they excite within the next few weeks.

Sebastian Perez – 20-year-old Nacional defensive midfielder Perez made an appearance in Arsenal’s pre-season friendly with Manchester City. The club already have a deal in place to sign the Columbian starlet if he continues to impress. Likely to be a replacement for the outgoing Francis Coquelin.

Alharbi El Jadeyaoui – The 26-year-old left winger plied his trade in Ligue 2 last season and will hope to follow in the footsteps of France Under-21 international Yaya Sanogo, who joined Arsenal on a free transfer earlier this summer. El Jadeyaoui was involved in several first team training sessions last week and is unlikely to be signed.