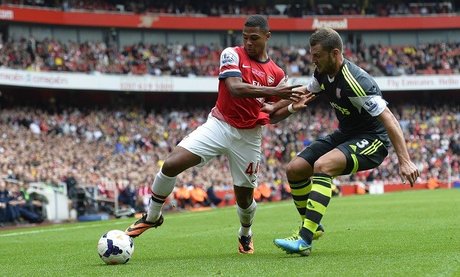 Serge Gnabry could make his third consecutive appearance in of the season when Arsenal take on Swansea City tomorrow evening.

The German Under-21 international made a surprise start against Stoke last week after Theo Walcott pulled out through injury during the warm-up.

Gunners boss Arsene Wenger revealed in a pre-match interview that he believes Gnabry possesses all the ‘physical and mental’ attributes needed to play regularly in the first team.