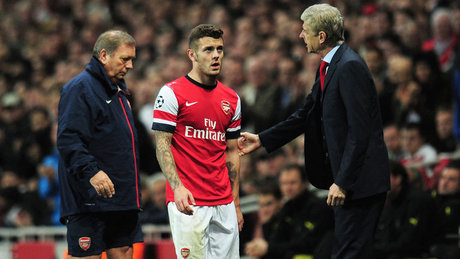 Wilshere knocked his ankle again in training on Thursday and missed the 2-0 win against Liverpool.

Gunners’ medical staff are said to be concerned at the amount of times Wilshere has been sidelined with ankle injuries – he’s had eight since October 2009.

Serge Gnabry and Kieran Gibbs both trained with the squad ahead of tomorrow’s match in Germany, although the latter may not be fit enough to start due to a calf problem sustained on Saturday.