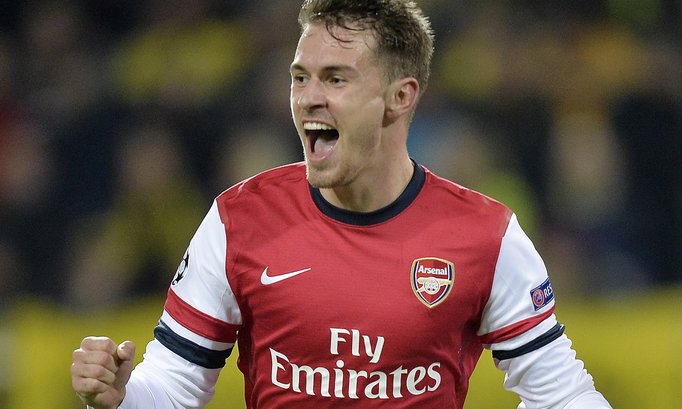 Do you remember the big, strong, fast, handsome, talented lads at school with their impeccable hair and the perpetual whiff of Lynx Africa? Well those blessed individuals are probably now the same impressive characters at the top of the Premier League goal scoring charts.

The battle to be the Premier League’s Golden Boot wearer is one of the more fascinating individual contests in the game. It’s like a clash between a Great White Shark with robot legs and a polar bear with the arms of a gorilla. Well, kind of.

This season in particular seems to be a rather open field. Already certain individuals have emerged as those with the most accurate directions to the back of the net. Some of them are who we would expect to see banging them in, others are more of a surprise. Oliver Giroud, for example, seemed at times last season like he had won a competition in the local paper to play a season for Arsenal. Now he looks like that most elusive of forwards, a big man with a deft touch and a keen instinct for being in the right place at the right time.

Had you backed Giroud to finish up top of the scoring pile this season I can only imagine the return would have been enough to treat yourself to the finest cheese available to humanity. As it is, he must now be considered amongst the favourites for the Golden Boot, particularly as he is the focal point of an Arsenal side thriving under the invention of Mesut Ozil.

Another four chaps in red may also have a say in the proceedings. Daniel Sturridge and Luiz Suarez seem to have formed a mutually beneficial partnership in terms of finding the net. Add the mastery of young Brazilian Philippe Coutinho to that attacking line and there are plenty of goals to be had for Liverpool’s front men this season.

At Old Trafford, Robin Van Persie is sure to be in the running despite plying his trade in a United team that seems to have crumbled like a disappointing biscuit. Perhaps the surprise package though is Wayne Rooney, not merely in with a chance to outscore his prolific Dutch teammate but also of becoming the first Englishman to top score the Premier League since Kevin Philips in 2000.

On the blue side of proceedings three names in particular stand out, for very different reasons. Sergio Aguero at Manchester City is the golden goose in their attacking line up, with his inconsistent fellow forwards occupying the roles of headless chicken and rubber duck respectively. Alvaro Negredo looks like he could be a threat but isn’t getting very many chances, while Edin Dzeko is still yet to show the consistency that earned him such a magnificent reputation in Germany.

Two Chelsea boys make up the last of the big name contenders. Romelu Lukaku has been a revelation on loan at Everton, displaying the kind of power, tenacity and sublime ability that has left comparisons to Didier Drogba not looking at all over-flattering. But while Lukaku is the top Toffee it seems in many people’s eyes he may also be the best Blue, with Fernando Torres, a sluggish looking Samuel Eto’o and a superfluous Demba Ba not creating anywhere near the same kind of impact. Torres though is an interesting one. Flashes of brilliance are becoming increasingly regular and if we are to believe that his decline is a question of confidence rather than talent, then maybe he will be the biggest beneficiary of the self belief Jose Mourinho makes his business to instil in his teams. A bit of momentum and a resurgent Torres is an excellent outside choice to outscore everyone.

And that’s not to mention Loic Remy, Christian Benteke or even a midfield contender like Aaron Ramsey. The truth is that whoever you back, the field is so competitive it’s sure to be close. The difference between top of the pile and the rest could be as simple as a ball hitting someone directly in the testicles and trickling, agonising, in.