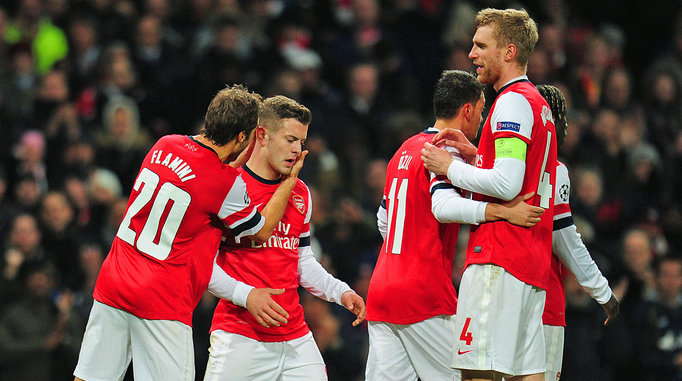 Arsenal travel to West Ham on Boxing Day and will look to end a run of four games without a win in all competitions.

The Gunners dropped to second place on the table with a 0-0 draw against Chelsea on Monday night, allowing Liverpool to take top spot for Christmas.

West Ham meanwhile will be eager to claim the scalp of a London rival, as Sam Allardyce’s men aim to secure a valuable three points that would move them away from the relegation places.

Arsenal have been the standout side in the Premier League this term, but have had a dip in form over recent weeks with draws and defeats allowing other title contenders to claw back the deficit.

However, with Manchester City hosting Liverpool at the Etihad Stadium, there is every chance that three points for Arsene Wenger’s men will move them back to the table’s summit. Arsenal are a good bet online at completebetting.com and other bookmakers for a win against the Hammers, but real value in betting lies in the goalscorer and correct score stakes.

The north London side put in a solid defensive performance against Chelsea in their last outing, but were unable to find the inspiration to break the visitors’ stubborn rearguard.

West Ham were beaten 3-1 at Old Trafford in their last outing, and have been in poor form over the last month. The Hammers have only picked up one point from their last four games, and have only recorded one win in their previous ten Premier League fixtures.

As such, Allardyce’s men sit in a precarious position, one point above the relegation places on 14 points.

If the hosts are to find much-needed points they will need to buck a trend of recent defeat against Arsenal. The Emirates Stadium outfit have won the last six meetings between the sides in all competitions, with West Ham’s last victory against the Gunners coming all the way back in April 2007.

Arsenal have Lukas Podolski back fit and ready to feature, while Laurent Koscielny could also make a return to the visitors’ rearguard. Jack Wilshere is serving his final game of a two-match suspension.

West Ham are still without key striker Andy Carroll, while Winston Reid and Stewart Downing are also on the treatment table.

Arsenal are overarching favourites to get three points at the Boleyn Ground, with odds of 8/13 for an away win. West Ham are the outsiders at 11/2, while the draw is valued at 3/1.