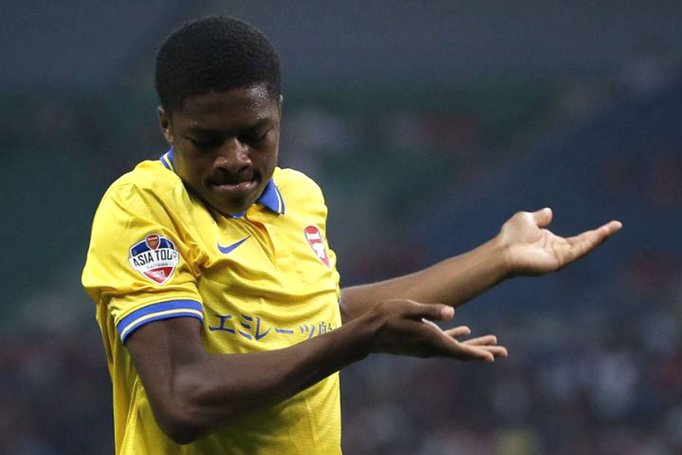 Arsenal youngster Chuba Akpom will be sent out on-loan next month, with League 1 leaders Brentford the most likely destination for the highly-rated 18-year-old.

Akpom is expected to secure his move away until the end of the season when the transfer window opens on January 1st.

Considered one of the Gunners’ most promising English talents, manager Arsene Wenger has previously praised Akpom’s “personality and quality”.

It’s not the first time Arsenal have sent out their prospects to Brentford, with goalkeeper Wojciech Szczesny and former player Rhys Murphy both gaining experience at Griffin Park in recent seasons.

Newham-born Akpom is a versatile, physical, intelligent forward who is able to hold-up the ball and breeze past defenders with relative ease.

He signed his first professional contract in October 2012 and has since impressed with a series of fine goalscoring performances for the under-21s and last season’s NextGen Series team.