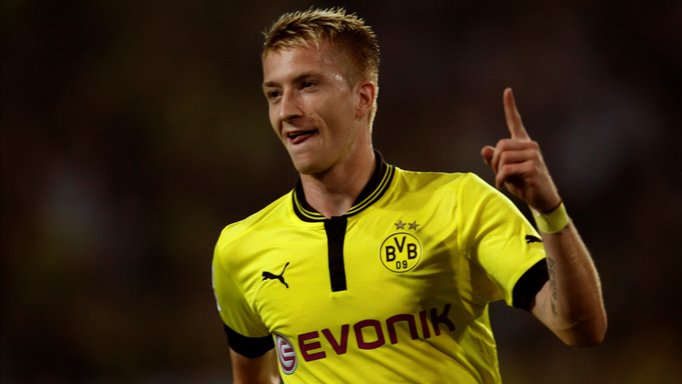 If you believe what you read on Twitter then you would be sure that Arsene Wenger’s German revolution at Arsenal is set to continue with the signing of wonder kid Julian Draxler.

The Schalke star has been earning rave reviews in his homeland this season and his performances have not gone unnoticed by Wenger, who apparently gave him a tour of the training centre in London Colney this January.

And the 20-year-old would have felt right at home in Colney seeing his German compatriots Per Mertesacker, Mesut Ozil, Serge Gnabry, Lukas Podolski and Thomas Eisfield.

Much has been written in the newspapers about Wenger’s interest in Draxler and a summer move looks to be on the cards with some even suggesting he will join this month.

Draxler possesses a wonderful, cultured left foot much like his fellow countryman Ozil and along with Mario Gotze of Bayern Munich is seen as the next big thing in German football.

But while the 20-year-old Draxler may be a player of undoubted talent, I think Wenger should be seriously weighing up a move for his German teammate, Marco Reus.

Reus seems to have gone off the radar in recent months which has no doubt coincided with Bourissia Dortmund’s slight dip in form.

But from watching Reus during Dortmund’s run to the Champions League final last season, you know he is a player that oozes quality and would be the perfect replacement for the injured Theo Walcott.

At 24, Reus is entering the prime of his career and the raw pace combined with a natural finishing ability would make him an instant star at the Emirates Stadium.

There is talk of Reus having a release clause in his contract similar to that of Draxler, believed to be around the £35-40m mark.

And I’m in no doubt as to which player I would splash the money on.

Reus has been in fine form again this season, scoring eight goals in 17 league appearances with a shot accuracy of 68% compared to Draxler’s one goal and 42% accuracy in front of goal.

You may think that Draxler creates more chances than his German compatriot but Reus also holds the upper hand with 46 chances created compared to Draxler’s 14 in the league so far.

These stats show that Reus would be the best replacement for Walcott in terms of goals and assists that the England forward bring to Arsenal.

Many would say that Reus is surrounded by better players and on paper this may be true but Dortmund are only four points ahead of their bitter rivals Schalke in the Bundesliga table.

Draxler for all his natural talent looks like a diamond in the rough and is far from the finished article but Wenger would relish the chance to mould him into the world-class player he knows he will be.

A key player in all of this could be Arsenal’s Tomas Rosicky, who Reus grew up watching and admiring during his time at Dortmund and the Czech could play a huge role in convincing him to join him at the club.

If Wenger is looking for a world-class player to slot into the team and hit the ground running from the very off, then Reus is his man he should be targeting.