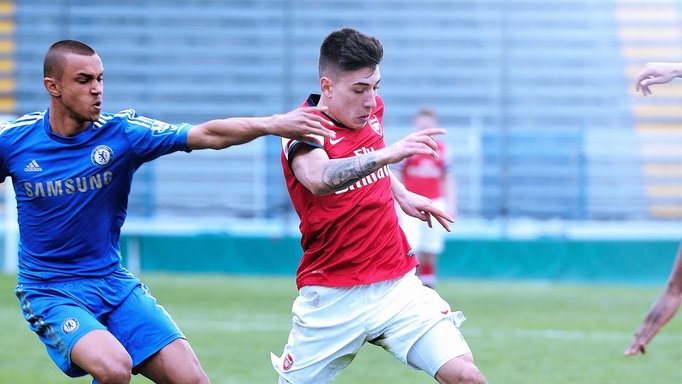 Arsenal youngster Hector Bellerin has been included in the squad set to face Swansea tomorrow at Emirates Stadium.

Bellerin has impressed Gunners boss Arsene Wenger since joining from Barcelona in the summer of 2012 and has trained with the first team on several occasions since.

The attacking right-back made his first team debut in the League Cup this season against West Brom and spent two months on loan at Championship side Watford in November.

Touted by many as the future Arsenal right-back, 19-year-old Bellerin comes into tomorrow’s squad as a replacement for the injured Laurent Koscielny.

Kieran Gibbs is expected to return after being mistakenly sent off against Chelsea on Saturday, while Alex Oxlade-Chamberlain could also play.