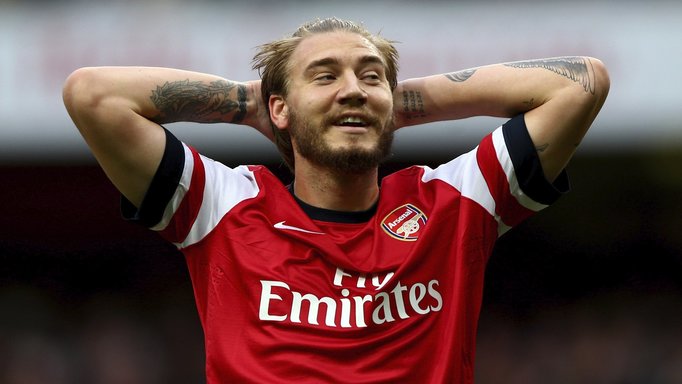 Arsenal will not be renewing the contracts of Nicklas Bendtner and Park Chu-Young when their respective deals come to an end next month.

Bendtner, 25, was integrated into the Arsenal squad last season following two campaigns away on loan, with an ill-fated spell with Italian champions Juventus failing to improve his reputation as an under-performing forward.

Several potential moves had previously fallen through in recent season’s with Hamburg and more recently Premier League side Crystal Palace unable to persuade the Danish international to take a wage cut.

South Korea forward Park joined Arsenal from French team Monaco in August 2011, but has only made a handful of appearances since – and just one six-minute run-out as a substitute in the Premier League.

Gunners executives went as far as writing off £5.5million in their accounts to cover the wages of the 28-year-old who was shipped out of the club on loan to Spanish side Celta Vigo and Championship giants Watford.

The north Londoner’s won’t be renewing the contract’s of highly-rated youngsters Chuks Aneke or Zak Ansah, while German defender Leander Siemann – who was signed for £220,000 in 2011 – has also been told to find a new club.