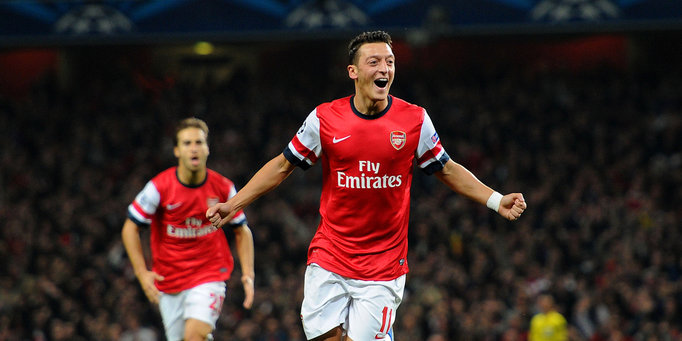 Bayern Munich star Philip Lahm has heaped praise on his Germany team-mate Mesut Özil and believes Arsenal’s record signing can be ‘devastating’ next season if the Gunners sign the ‘right striker’ this summer.

Ozil, who was signed from Real Madrid for £42.2million, won the FA Cup in his first season at Emirates Stadium, but his debut campaign in England was still criticised by the media after a handful of subdued performances.

The German international, currently training with his country ahead of the 2014 World Cup, scored five goals and made nine assists in the Premier League following his big-money transfer from the current European champions.

Lahm says the 25-year-old’s talent has never been questioned and what he needs is a quick, mobile striker to run onto his defence-splitting passes.

“Anybody who has played with Mesut will tell you how intelligent he is as a player,” Lahm told Goal.

“His vision is probably the best I have ever seen and that is why it is so important to have the right striker ahead of him.

“He is a dream for strikers and you saw that with [Cristiano] Ronaldo and [Karim] Benzema when he was at Madrid. If Arsenal can find the right striker who is fast and makes intelligent runs – then Mesut will be devastating next season.”