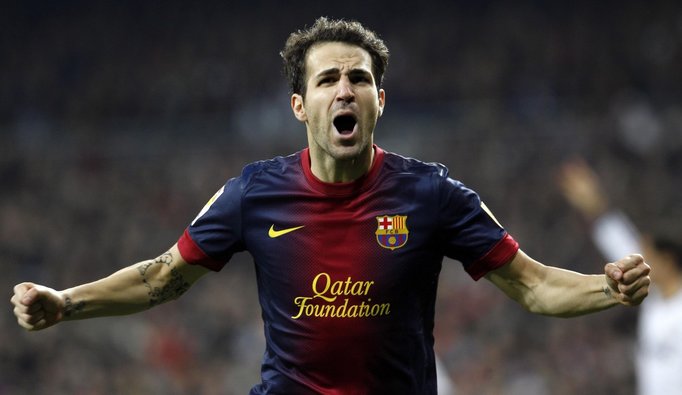 Cesc Fabregas would welcome a return to Arsenal this summer if the club bid for him, Gooner Talk understands.

Former Arsenal captain Fabregas, who has previously stated he would be interested in returning, joined the Gunners in 2003 and spent eight years with Arsene Wenger’s side before returning to boyhood club Barcelona for a deal worth around £35million in 2011.

The likes of Manchester City, Manchester United and Liverpool are the other Premier League sides to show an interest in the star playmaker, but Arsenal’s considerably ‘close’ relationship with Barcelona and first option on the 27-year old make them favourites in any deal for him.

Spanish international Fabregas has not shared the best of relationships with the Barcelona fans this season as he was booed off the pitch on several occasions, which could quite have proved the last straw in his relationship with the Catalan giants.

Fabregas, who made 303 appearances during his time at Arsenal, is still statistically one of the best midfielders in European football and has the most assists in La Liga for the past two seasons and the most in the Premier League between 2007 and 2013.

Despite having a wealth of playmakers at his disposal, Gunners boss Arsene Wenger still believes Fabregas is one of the most technically gifted players he has ever coached and the Spaniard’s prior success in England makes him a revered player at Emirates Stadium.

Wenger himself signed a new three-year contract with Arsenal on Friday to extend his stay at the club to 2017 and he has vowed to strengthen the north Londoners this summer. Arsenal have already been linked with a number of players in recent weeks, including former striker Carlos Vela and Toulouse defender Serge Aurier.

“We know we have to have a successful June and July, that’s where you strengthen the team,” Wenger told Arsenal’s official website.

“It’s very important that we are good now in the next two months until the end of August, that we can give to the team some more quality and go into next season with the belief we got from [the FA Cup] win.”

Arsenal are expected to have around £100million available to spend this summer and Wenger is adamant that he will need to sign a minimum of ‘2 to 3 players’ if the Gunners are to increase their chances of winning a major trophy next season.

Last summer Arsenal pursued striker Gonzalo Higuain before he opted to join Napoli – after which point Wenger turned his attention to Mesut Ozil, who arrived in a £42.2million club record deal from Real Madrid.

Chief executive Ivan Gazidis and Arsenal’s chief negotiator Richard Law will be working on deals throughout the summer while Wenger undertakes his media commitments with French TV station TF1 at the 2014 World Cup, although the Frenchman still remains heavily involved in each individual transfer deal.