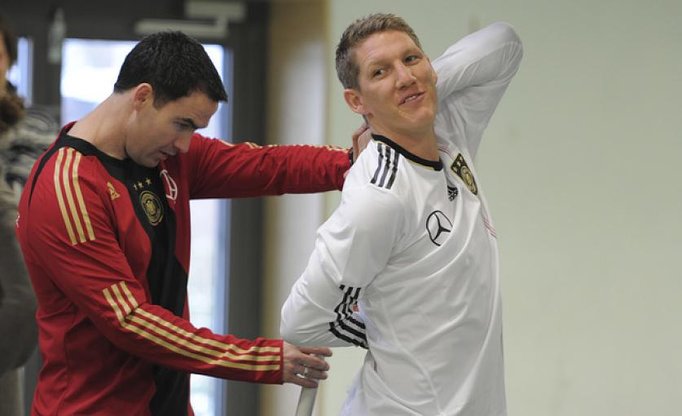 Arsenal are on the verge of making a new signing — with German national team fitness coach Shad Forsythe close to being appointed.

Forsythe is considered to be one of the best fitness coaches in world football and has been working with the Germans for almost a decade.

The move comes after Arsenal chief executive Ivan Gazidis assured supporters that there would be a thorough investigation into both how and why the club have such a poor injury record.

“We continue to develop our capability in many of our support areas, including our physical performance work and data analytics”, wrote Gazidis in his quarterly report.

Forsythe was brought to Germany by then-manager Jurgen Klinsmann in 2004 after working behind the scenes for the US Women’s national football team who won a Gold medal at the Athens Olympic Games.

American-born Forsythe, an alum of Washington State University, currently runs the day-to-day strength and conditioning of the German national team and has also been given ‘additional coaching roles’ with the team by manager Joachim Löw.

Working alongside Arsenal trio Mesut Özil, Per Mertesacker and Lukas Podolski has given Forsythe a window into the Emirates Stadium and it’s expected that he’ll reject the advances of European giants Manchester United and Bayern Munich in favour of Wenger’s set-up.