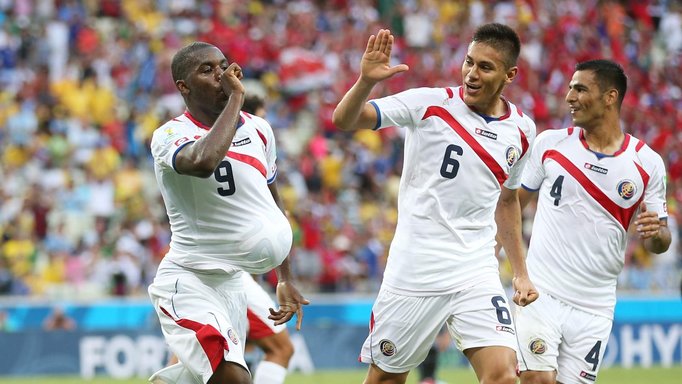 Costa Rica forward Joel Campbell is desperate to return to Arsenal after the World Cup and cement a place in the Gunners’ squad, according to close friend Paulo Wanchope.

Campbell, who spent last season on loan at Olympiakos, flourished during his time in Greece -winning the Greek Super League and racking up 10 goals and 11 assists in 30 appearances.

The 21-year-old joined the Gunners in 2011 from Deportivo Saprissa and was granted a work permit last summer following a season on loan to Real Betis, but manager Arsene Wenger still decided to send him to the continent for another term.

“He really wants to go back to Arsenal and play, and I told him that the only way to do that is on the pitch,” said Wanchope.

“He did well against Uruguay and I think that he needs to perform even better against Italy and then England to have that chance to go back to Arsenal. I’m sure that Arsene Wenger will have a look at him.”

Versatile forward Campbell scored against Manchester United in the Champions League last season and has caught the eye in Costa Rica’s World Cup campaign so far, netting the opener against Uruguay on Saturday.

Wenger has already confirmed that Campbell will join up with the Arsenal squad for pre-season training in July but it’s not known yet whether his long-term future will be at the Emirates Stadium.

Greek champions Olympiakos are very keen on signing the highly-rated forward but Campbell himself is focused on Arsenal where he believes an impressive World Cup tournament could see him break into the Gunners’ first team.