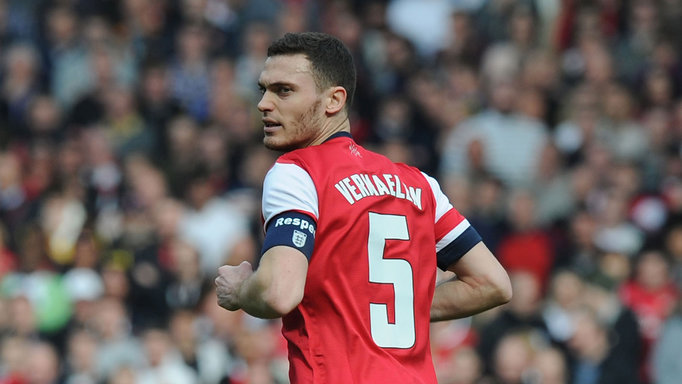 Arsenal captain Thomas Vermaelen’s agent has denied that the player has reached an agreement in principle to join Manchester United after the World Cup.

According to reports, Vermaelen had agreed a deal in principle to join Louis van Gaal’s side this summer, with the Dutch manager keen on bringing in a replacement for already departed defenders Rio Ferdinand and Nemanja Vidic.

However, Vermaelen’s agent Kees Vos has refuted those reports and told the BBC that ‘there is no deal in place with Manchester United or any other club’.

With just one year remaining on his current contract and regular first team football unlikely next season, Vermaelen is assessing all options ahead of the 2014/15 Premier League campaign and recent football odds suggest that he’s open to the idea of leaving Arsenal.

Several clubs included van Gaal’s United have made enquiries for the £10.5million centre back, while Catalan giants Barcelona are also watching Vermaelen’s situation with interest.