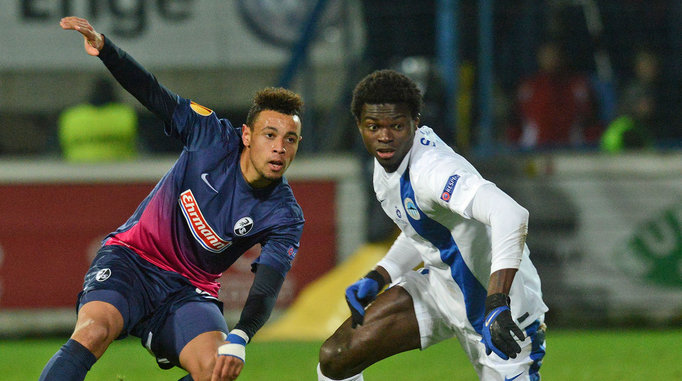 Arsenal midfielder Francis Coquelin is in talks with French second division side Tours after being told by Gunners boss Arsene Wenger that he can leave the club.

The Frenchman has been told by Wenger that he is not in the manager’s plans for next season after returning from a season-long loan spell at German outfit Freiburg.

Coquelin was consistently been played out of position by manager Christian Streich last season and was recently ranked the third-worst player in the league by German newspaper Bild.

Since joining Freiburg last summer, Coquelin has been played at right-back, left-back, left-wing and central midfield by Streich having made just nine starts in 13 appearances.

22-year-old Coquelin, who has been capped at under-21 level for France, joined Arsenal from French side Laval in the summer of 2008 and is currently being monitored by several Championship clubs.

Several clubs have made tentative enquiries for Coquelin but it is expected that Tours, who recently denied that they were in talks with the defensive midfielder, are favourites to land his signature.