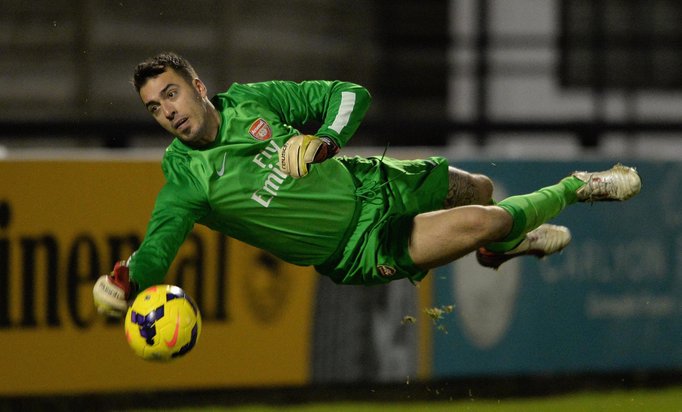 Emiliano Viviano admits that his time at Arsenal was a positive experience despite playing no first team football for Arsene Wenger’s side.

The Italian goalkeeper spent the year on loan at Arsenal last season after being brought in as back-up for Wojciech Szczesny and Lukasz Fabianski but never made a single appearance in a Gunners shirt.

However, the 27-year-old says he made good friends during his short spell at the club and revealed that his team-mates knowledge of Italian football was one aspect which surprised him the most.

“Arsenal was a positive experience where I enriched myself off the field”, Viviano told Radio Blu.

“I knew that I would not have made ​​the first goalkeeper but I accepted this role. I got on with everyone, especially Santi Cazorla and the other Spaniards who were on the team. I was weirded out that my companions did not know almost nothing of Fiorentina and in general almost all of Italian football.

“Who would see good in a purple [Fiorentina] shirt for the Gunners? Podolski I think could make a difference.”

A number of clubs have been alerted to Viviano’s availability this summer and the goalkeeper has fielded enquiries from English Championship club Brighton, along with Serie A outfit Fiorentina.

And according to Sky Italia, Sampdoria are the latest side to join the race, with the club’s coach Sinisa Mihajlovic keen on acquiring Viviano’s services.

Viviano started his career at Inter, but moved on from the Nerazzurri to Brescia in 2005.

He has won six caps for Italy at international level.