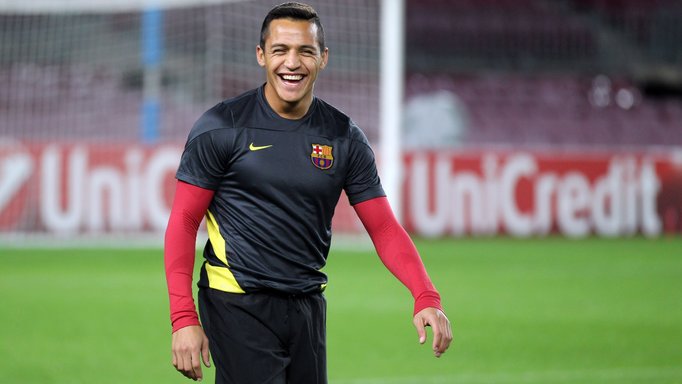 The 25-year-old Chile international has been the subject of intense speculation in recent weeks, and those rumours have gathered pace after a series of impressive performances at the World Cup in Brazil this summer.

Gunners boss Arsene Wenger was rumoured to have held secret talks with Sanchez’s agent in Brazil at the weekend, where he is currently fulfilling his commentary duties for French TV station TF1.

Respected Spanish journalist Kike Marin, who works for Voz Populi, claims that Sanchez “wants to go to Arsenal” and that a transfer to north London “is possible” with a fee in the region of £25 million being touted.

Alexis Sánchez: I read that #Arsenal 's bid to #Barça is 40 million €?? I think it's not over 25 m and the player wants to go at Arsenal.

Sanchez scored 19 goals and racked up 10 assists for Barcelona last season, but he’s reportedly unhappy at playing a second-fiddle role to star man Lionel Messi and is keen for a move away from the Nou Camp.

Similarly, François Pinet, a journalist for Canalplus-owned TV station iTELE Mundial, said on Saturday night that Wenger will make the double signing of Sanchez and Southampton midfielder Morgan Schneiderlin once the World Cup comes to an end.

24-year-old Schneiderlin made his first World Cup start as France were 5-2 winners against Switzerland in their final Group E game – and appears to have his heart set on a move away from the south coast this summer.