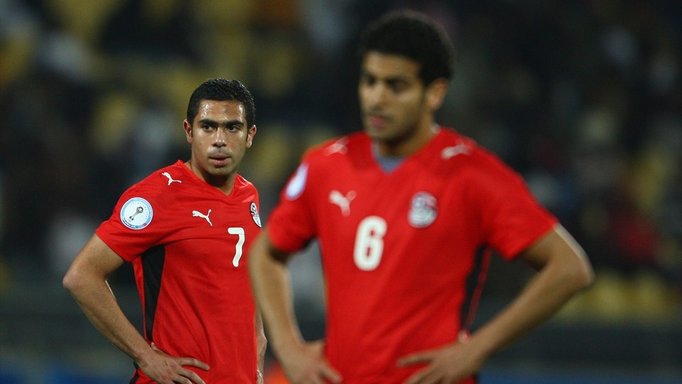 Ahmed Fathi is still on trial with Arsenal and didn’t take part in Saturday’s pre-season friendly against Boreham Wood because the Egyptian is in the UK on a short stay visa.

The 29-year-old, who was voted the 2013 Africa-based Player of the Year, has won over 100 caps for his country, and Arsenal manager Arsene Wenger is understood to have been a long-term admirer having first tried to sign him some nine years ago.

At that time Fathi did not qualify for a work permit and he has since gone onto play for the likes of Sheffield United and Hull City, now rejecting big-money moves to the Middle East to undergo a trial at Arsenal’s London Colney training ground.

Fathi’s agent told Gooner Talk that the Ah Ahly defender wasn’t involved against Boreham Wood yesterday as his UK short stay visa doesn’t allow him to play in front of a paying crowd.

An African Champions League winner and 3-time Africa Cup of Nation champion, Fathi remains one of Egypt’s most successful and talented footballers.

Gunners boss Wenger sees the versatile defender as potential back-up for Mathieu Debuchy while he could also challenge Mathieu Flamini and Mikel Arteta for the defensive midfield spot.