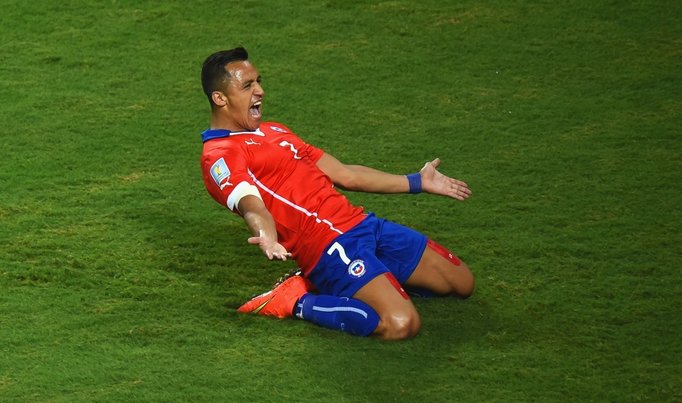 Arsenal new-boy Alexis Sanchez trained on his own for the first time at London Colney today after returning from holiday.

The 25-year-old had initially been expected to join up with the rest of his team-mates yesterday morning before heading out to Austria for a four-day training camp.

However, Gunners boss Arsene Wenger confirmed that the £32m signing wouldn’t travel to Austria as he had to get a working visa from Paris instead.

“I don’t think Sanchez will come to Austria because he has to go to Paris to get a visa, so he will only go and work in London”, said Wenger.

Chile international Sanchez took part in a light training session on Tuesday with members of the Arsenal U21 squad, but spent much of the day working on his fitness in the club’s gymnasium.

Sanchez is pencilled in to feature at the Emirates Cup this weekend alongside David Ospina, Mathieu Debuchy and Calum Chambers – all of whom have been signed by the club for a combined £60m in the past month

Colombia goalkeeper Ospina will have his first training session on Thursday.

FA Cup holders Arsenal return to England later this week to complete their pre-season campaign with the Emirates Cup tournament before facing Manchester City in the Community Shield.

Did you miss? Which Arsenal new-boys will feature at the 2014 Emirates Cup?