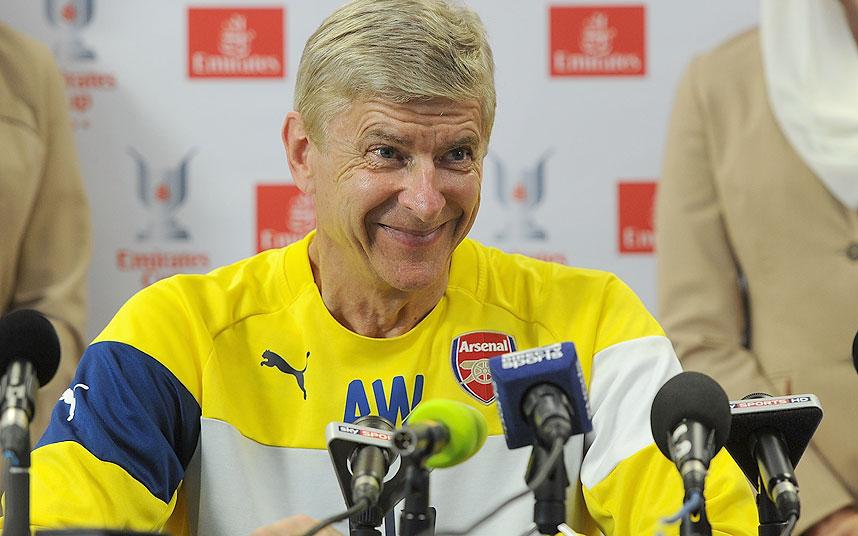 Arsenal manager Arsene Wenger is desperate to secure the signature of an experienced centre-back before the transfer window closes.

The Gunners look set to lose club captain Thomas Vermaelen to Barcelona in a deal worth around £15million which would leave Wenger with just three senior centre-backs – Per Mertesacker, Laurent Koscielny and new-boy Calum Chambers.

Vermaelen was a target for Manchester United but Louis van Gaal’s side ended their interest after refusing Arsenal’s demand to receive a player – believed to be Chris Smalling – as part of the deal.

Belgian international Vermaelen arrived in north London from Dutch giants Ajax for £10m in 2009 and has made 150 appearances in all competitions.

Gooner Talk understands that Ahmed Fathi, who spent a period on trial at Arsenal during pre-season, is a viable option for the Gunners and will be ‘seriously considered’ if Wenger fails to land his main defensive targets.

Wenger is ideally looking to bring in a centre back who is able to play in defensive midfield and Egyptian international Fathi ticks all the boxes in terms of experience, versatility and work rate.

Several names have already been linked as potential replacements for Vermaelen with Liverpool vice-captain Daniel Agger and Ajax youngster Joël Veltman both expected to be on Wenger’s shortlist.

French tactician Wenger has spent over £60m this summer – his highest outlay as Arsenal manager – on the likes of Chambers, Alexis Sanchez and Mathieu Debuchy in order to improve his squad.