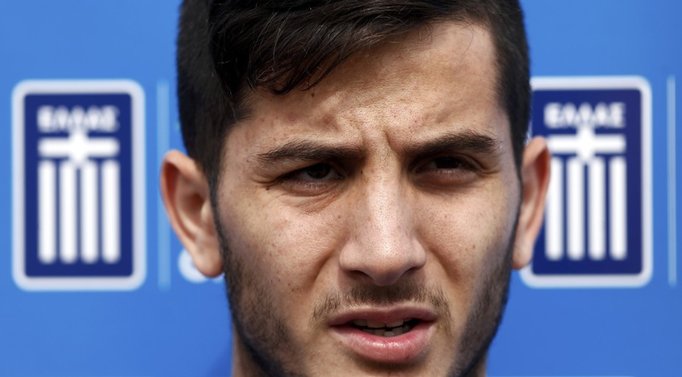 Olympiakos defender Kostas Manolas has not been in London ahead of a rumoured move to Arsenal, according to his agent.

The 23-year-old has been identified as a potential replacement for Thomas Vermaelen by Arsenal manager Arsene Wenger with Sky Sports and Goal.com reporting that the centre back has been in London and undergone a medical with the Gunners.

Greek international Manolas would come in as cover for first choice pairing Per Mertesacker and Laurent Koscielny but his representative denied reports of a medical and said his client has been training in Greece ahead of the new domestic season.

“I can’t give you any information as to whether it [Manolas joining Arsenal] is close or not as that is confidential, but I can say that Kostas has not been in London for a medical”, Manolas’ agent told Gooner Talk.

Naxos-born Manolas was one of his team’s star performers in Brazil as Greece reached the last-16, where they were knocked out on penalties by Joel Campbell’s Costa Rica side.

Since joining Olympiakos in 2012 he has won the Greek title in both his seasons in Piraeus and scored five goals in all competitions last season.

His current contract doesn’t run out until 2016, so interested clubs would have to match Olympiakos’ £8million valuation in order to acquire the talented defender this summer.