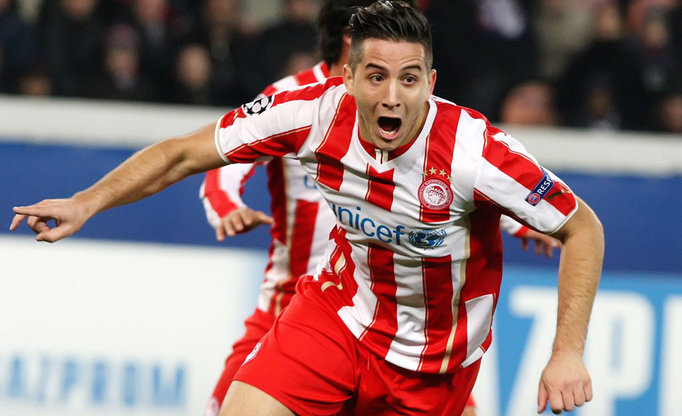 Arsenal look set to miss out on Kostas Manolas from Olympiakos, after it was revealed that Serie A side Roma are on the verge of signing him.

The 23-year-old Greek international was one of his team’s star performers in Brazil as Greece reached the last-16, where they were knocked out on penalties by Joel Campbell’s Costa Rica side.

Manolas was rumoured to arrive at Arsenal as cover for first choice pairing Per Mertesacker and Laurent Koscielny but his representative told Gooner Talk last week that talk of a medical was ‘false’.

Italian giants Roma had an £11.9m bid accepted for Manolas earlier this afternoon, with head coach Rudi Garcia securing his signature by assuring the Naxos-born youngster that he’ll be a regular fixture in their starting XI.

A transfer is likely to be officially completed in the coming days when defender Mehdi Benatia makes his well-awaited move to Bayern Munich.

Highly-rated Portuguese international Carvalho is a defensive midfielder who can also play at centre back and Sporting are likely to accept an offer in the region of £24million plus an Arsenal player on loan.