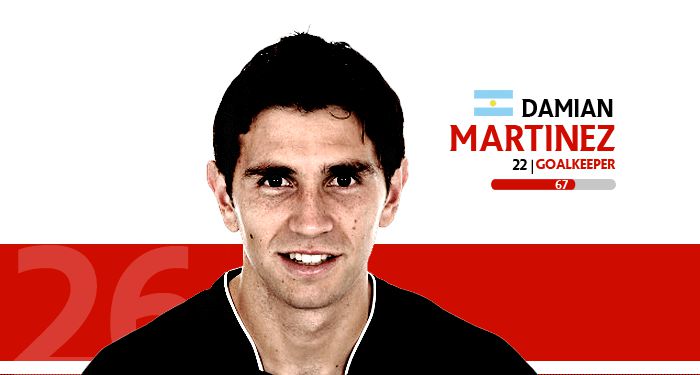 Damián Martinez will make his Champions League debut for Arsenal on Wednesday against Anderlecht.

The 22-year-old, who spent most of last season at Sheffield Wednesday, will fill in for suspended goalkeeper Wojciech Szczesny and Colombian shot stopper David Ospina who is injured.

Argentine youngster Martinez recently said that he’s ready to compete with Ospina and Szczesny for a first team place.

“David’s a really nice guy so he fits really well in the group and he’s a really good goalkeeper. You saw him at the World Cup and he was very good. I didn’t see him at Nice or how he did, but you can see in training he’s good. So I’m ready to fight with him and with Wojciech.”

Martinez’s two previous appearances for the club came in 7-5 and 6-1 victories over Reading and Coventry City in the the Capital One Cup.

17-year-old youngster Ryan Huddart will travel to Belgium as the substitute ‘keeper.