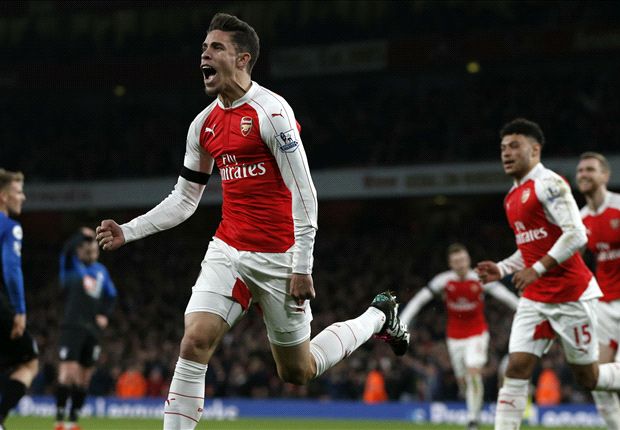 Confidence Players: How Important is Atmosphere?

A team, a group of professionals on seemingly absurd wages, a coach and his staff staring in fear as their plans come to fruition, or are ripped apart, with thousands of paying onlookers cheering, jeering, or laying in silence throughout this victory, failure, or even trudge; this is football.

Football is a sport, but more than that, it’s a commercial giant with billions of dollars, pounds, Euros, or even Rubles being traded across Europe, and the world. Such a commercial enterprise is never without its risks, and nothing is a certainty in football: one day, you could defeat your nearest title rivals, only to be defeated by that all-too-familiar ‘bogey team’.

Enough of mauling the cliché bush with vagueness, let us dive straight into it: how can a team such as Arsenal, with a set starting XI, beat a team such as Manchester City, then lose to Southampton a week later – without taking into account the slaughter of Bournemouth a mere two days later – with the exact same squad, same coaching staff, and the same weather conditions? The answer is far simpler than many may think… 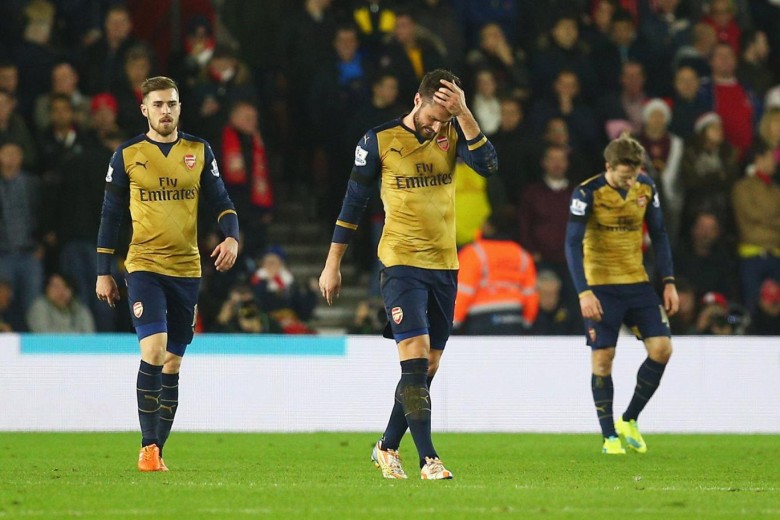 In any fair comparative analysis, we must look at every possible factor: we are all familiar with the teams in question, and it does seem odd – incompetent, even – that Arsenal would lose to the weaker of both teams. “Sack the manager!”, one might say, “Buy new players!”, another might retort; however, the very same personnel, staff, and conditions were replicated with disastrous results: the team simply didn’t turn up. Fatigue simply is not a factor: that same team, with minimal changes, battered a resurgent Bournemouth two days later.

How, then, did that rampant team – with arguably the best form in Europe in this now-ending calendar year – lose to that very same ‘bogey’ that is Southampton? As we’ve examined, no factors have changed… Or have they? In fact, a factor that many a savvy reader would’ve been waiting for me to state was already in play in the second half of the aforementioned City match: the atmosphere. While I realise that criticising the fans is strictly taboo, I believe it is warranted – particularly when the only team with a worse atmosphere rating is Tottenham Hotspur.

Stay your pitchforks, and stay your laughter at our eternal rivals: the aforementioned score is indicative of a deep-rooted issue that affects overall match-day competence: atmosphere. While it may seem arbitrary, and to you it may be a setting you disable in FIFA after a headache: to a player, no matter how well-paid, a silent crowd is just as good as a training ground. In that very same match, at City, the team held up a fantastic first-half display, with two clear goals getting past City’s woeful defence. However, the proverbial wheels seemed to come off in the second half, with City looking to clinch a win – a conceded goal and a very nearly conceded other could’ve well made the game go very differently.

What changed between those halves? You could blame the oft-scapegoated manager, or the players for feeling as though the game was settled; who can blame them, however? The crowd itself indicated this, which is where this argument stems from: re-watch some of Arsenal’s games, perhaps the 4-4 at Newcastle, the victorious 5-7 away at Reading, or any of the plethora of 5-2 games against Tottenham, and listen for the crowd: you may not hear them at all just a few minutes before concession begins – to the crowd’s credit, however, the best results come when the crowd wills it. 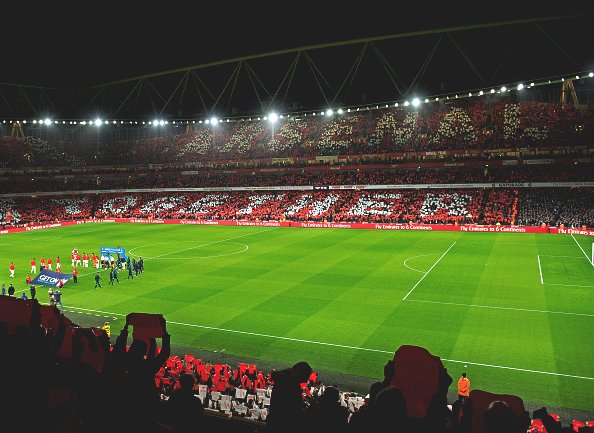 Preceding the City game, the players were greeted with ‘Arsenal Together’ spelled out across the gigantic Emirates Stadium’s terraces, enter their heads for a moment. You are Mesut Özil, being marked by five City players in an attempted to stifle your creativity and render the team inept: a paycheck isn’t what will motivate you then and there, but a cheer will. As sappy as it may sound, psychology backs this completely: anyone, whether they’re a well-paid superstar or a pet dog attempting to perfect tricks for a talent show, motivation is the key to achievement.

Now, back to our situation: you persist to be the aforementioned no. 10, and instead of being greeted with cheers, banners, and a terrace embroidered with support, you’re greeted with spectators that fail to utter as much as a peep, or even the slightest cheer; they jeer at you for each misplaced pass, while the opposition’s home fans gleefully join them: will you care enough to play to your full potential? Whether or not you should – as they’ve paid extortionate ticket prices, and are, after all, paying you for their entertainment – is a moral issue, and not the focus of this article.

A manager can spew rhetoric at you for hours upon days upon weeks upon months to perform regardless of the atmosphere, regardless of the reception. Regardless, humans are creatures of the moment: a simple chant can kick-start an attack, or grind one to a halt. While some players are motivated by hatred for a brief period of time, no one can perform under pressure consistently. Why is it, do you think, that our away form was better for the same period that our away fans were more consistently excellent than our home fans?

A ‘bogey’ team, such as Southampton, plays onto this perfectly: if the fans go into a match expecting to lose, they will – a self-fulfilling prophecy. The fans’ form is directly impacted by the players’ form, and vice versa. It’s the players’ job to excite the fans, and it’s the fans’ job to prove that they do support the team. Take, for example, Leicester City’s meteoric rise: their fans have consistently cheered them on, they have one of the best atmospheres – at home or away – of any team in Europe, let alone the league.

Regardless of who you support, or why you support them, there is a clear distinction between a fan and a supporter: a fan is someone who cheers when the team does well, while a supporter is someone who cheers to make them do well. Are we fans, or supporters? For the club’s sake, we should be the latter. Suffice to say, as a foreign fan, it is truly disgraceful when the sound coming from my couch is louder than the stadium. Whether you agree with me, disagree with me, or believe I’m unworthy of levying criticism at fans, you must accept one fact: a human being does well when praised, and does badly when criticised, or left alone in silence.