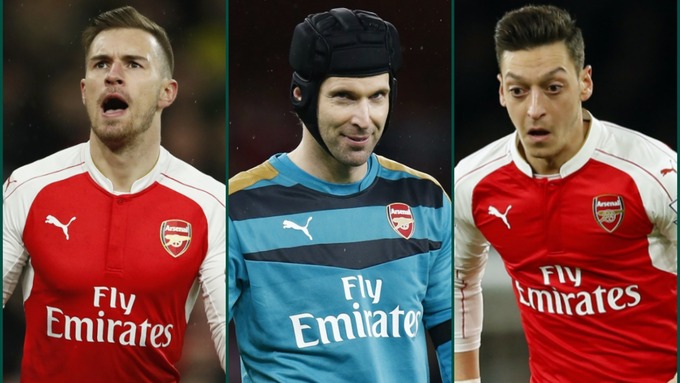 The Gunners rested the likes of Aaron Ramsey, Petr Cech and Mesut Ozil for the FA Cup fifth-round stalemate with Hull on Saturday.

But they will all return to the starting XI for the visit of Luis Enrique’s men, with shot stopper Cech yet to concede a goal against Lionel Messi whenever he has faced the Argentine.