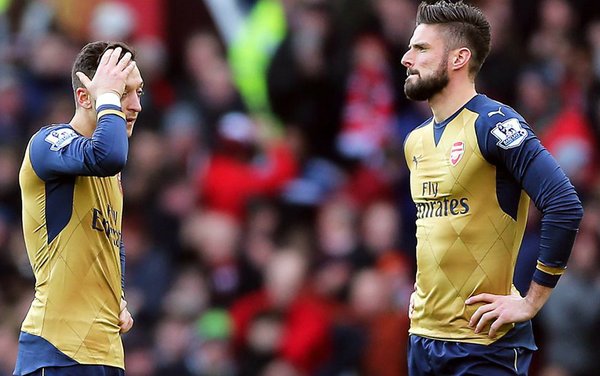 Mental strength is a term often used by Wenger to describe his team. Unfortunately, it seems that this squad is still missing this vital ingredient of success. For the first time in recent history we went to Old Trafford as favorites, yet failed miserably to take advantage of this position.

During the years of austerity, our mental fragility was explained by the fact that we didn’t have many players of high quality – while the rest of the squad were young and inexperienced. This is no longer the case as the average age of the squad is 28 years old. This is when most footballers hit their peak, so our team should be coping better with pressure.

Another excuse that was made when we choked was the lack of “winners” in the team. This isn’t exactly true anymore either, as the majority of our starting players have won various trophies and honors with previous clubs and national sides.

The addition of quality, experienced players meant that we are no longer getting beat by ridiculous margins like we were over the last few seasons. But we are still getting beat nonetheless.

When the pressure is cranked up all the way, it’s very rare to see Arsenal come up with the required level of performance to secure the necessary result. We are the king of glorious failure, where we do enough to build up hope, but not enough to succeed.

The game against Tottenham will be another huge test for this team. Securing all three points, however unlikely that may be, could be the boost the squad needs to regain some confidence and show that they can perform under pressure. 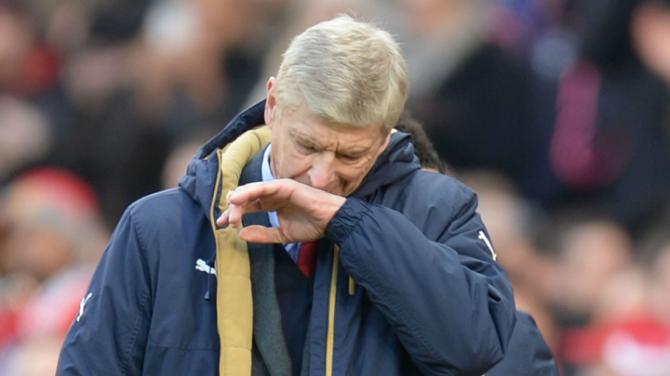 Hard not to blame the manager

This season is the most bizarre and unpredictable one that I can remember. The “usual suspects” are not dominating the league like they usually do and the title is there for the taking. It seemed destined for this group of players to finally take their chance.

Even neutrals would agree that Arsenal have one of the best squads in the league. We cannot point to financial constraints anymore. We spent big on marquee players in recent transfer windows and boast one of the largest cash funds in the league. While injuries hampered us earlier in the season, we now have almost a fully fit squad.

And yet, despite all this, we are playing some of the worst football that I can remember in recent years. The players seem to be out of ideas – and it seems Wenger is not sure what needs to be done to turn this around. I cannot remember many games this season that I enjoyed watching.

Unless he delivers a trophy, with the FA Cup looking the most likely, I would finally be joining the “Wenger Out” section of the fan base.

I could see the logic in starting Walcott, Alexis and Welbeck as our front free attacking players. All three are quick and provide good options on the counter attack. Giroud’s recent form, or lack thereof, also justified his omission from the starting lineup.

However, anyone who saw Walcott playing this season would agree that he is not having the best time on the pitch. Aside from a couple of goals in the games against Manchester City and Leicester, it is hard to think of many outstanding performances. Even when scoring, he seems to offer little else for the rest of the game. I often have to check the team sheet just to make sure he’s actually on the pitch.

The introduction of Giroud did not make much of an impact either, and I wonder if we had been better off just playing Welbeck through the middle. He is the only player, along with Ozil, who offers any threat in attack and probably should have been given a chance at center forward.

Brining on Iwobi instead of Campbell was a strange decision as well. It almost felt like Wenger, having seen Rashford come up with the goods, wanted to make a point by bringing on a promising youngster of our own. Campbell would have been a superior option instead of Walcott to start – and was certainly a better option off the bench than an unproven potential talent with zero goals in the league.

Finally, if Coquelin is not fully fit, why is Elneny not starting? He was brought in for decent money and presented as a viable alternative in central midfield. If he is not good enough right now, we should have brought in someone who was ready for first team football. If he is good enough, why is he not getting more minutes on the pitch?

Teams being put out recently lack cohesion and, for the most part, do not work in either end of the pitch. Wenger needs to figure out what his best team is, and do it quick before the season disappears into obscurity.