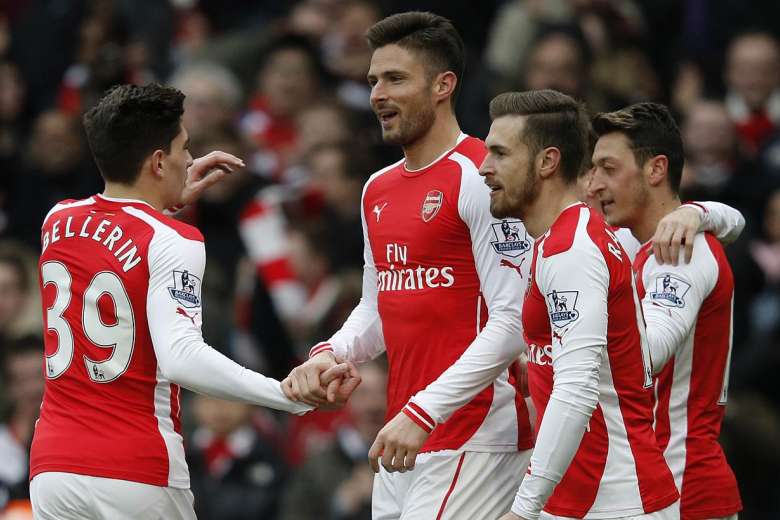 Arsenal face a tough test against Everton on Saturday as the Gunners look to cling onto their title hopes at Goodison Park.

Arsene Wenger’s men will look to put behind them the disappointment of going out of the Champions League and FA Cup by beating the Toffees away from home.

Bet on Arsenal this weekend with 888sport, and you will get TREBLE winnings on your first bet! Get in on this fantastic offer here.

Mesut Ozil could notch his 19th assist of the season during the match, while Olivier Giroud for first goalscorer is great value.

WHAT THE BOSS THINKS:

“A negative result would be very bad for us so we hope for a positive result. The time is now to produce the result we want.

“The Premier League is far from over. We also have to look behind us because things can change very quickly. We want to look forward but I’m conscious our position where we are now is not secure.

“Things can change before the end of the season. We have to take care of our own destiny.”

WHAT THE PLAYERS THINK

Ozil: “Now it’s not possible to win just our games [and that to be enough] so other teams need to lose points as well. The first step is to believe in us.

“We have to work harder than before. We have tough games coming but we have to take the points. If we win the title, we will be very happy because we believe in us.

“If you see the whole season, we’ve played very well. We’ve lost some points because we weren’t concentrated or we didn’t score. Now we have to fight for each game to take the points.”

Per Mertesacker and co will have to be wary of the in-form Lukaku upfront for Everton. He possess a mixture of strength, speed and technique which even the best defenders struggle to cope with.

Can Alexis Sanchez get back his blistering form of last season? Couple with Ozil’s tendency to turn it on away from, Arsenal will be reliant on their star men to get them out of their current troubles.

888sport are offering 3x winnings on the first bet for all new customers – a $10 bet could win you $300 or more if you make the right bet! Get started by betting on Everton v Arsenal or any other weekend game here.