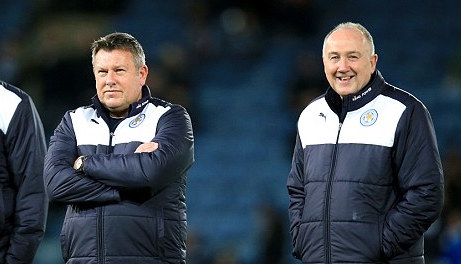 Head of recruitment Steve Walsh and coach Craig Shakespeare have agreed to extend their contracts at the Kingpower Stadium until 2018 after agreeing improved terms, reports the Daily Mail’s Laurie Whitwell.

Walsh (pictured above right) and Shakespeare (left) have played an integral part in the impressive rise of Leicester this season, with the former in particular responsible for the signings of Riyad Mahrez, Jamie Vardy and N’Golo Kante.

It comes just a month after Arsenal raided Leicester’s backroom staff after bringing head of technical scouting Ben Wrigglesworth to the club.

Leicester are currently 11 points clear of the Gunners in the Premier League title race and their success has prompted a number of top level sides to assess best practices off the pitch, especially where scouting and player recovery is concerned.