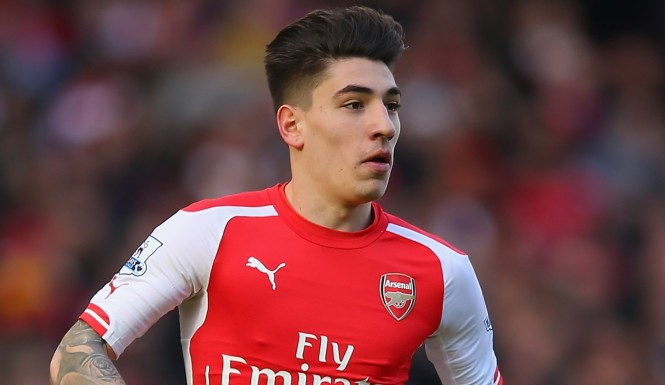 Arsenal defender Hector Bellerin has praised his side for their impressive performance against Watford on Saturday afternoon.

The north London side did their part in the Premier League title race, beating Quique Sanchez Flores’s side by four goals to nil. Strikes from Alexis Sanchez, Alex Iwobi, Bellerin himself as well as substitute Theo Walcott sealed an impressive three points.

Arsenal limited their opponents’ opportunities throughout the game and made them pay with their clinical nature, and the Spaniard, speaking to Arsenal Player after the game, hailed his teammates for their impressive performance.

“Defending-wise we were on the front foot and we didn’t even let them have many chances.

“The defenders were always first to the ball and that was key. With the ball there was a lot of creativity and patience, which is really important and there was some very good football flowing.

“We have shown that we are a team who, when we have momentum, can be really strong and very dangerous, so it is important for us to build those wins in a row as that is going to lift us up.”

The Gunners are unlikely to go on and win the league however, with Leicester City moving an impressive seven points ahead of second place Tottenham Hotspur, with just six games remaining.

Arsenal now remain 11 points behind the league leaders but have a game in hand over their opponents, it would take something close to miraculous for Arsene Wenger’s men to overturn the deficit.