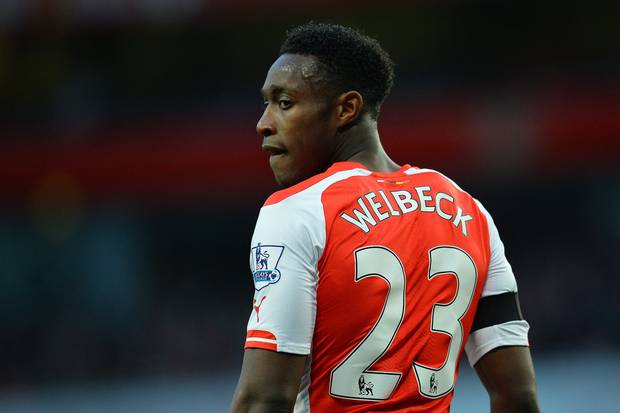 Arsenal boss Arsene Wenger is unlikely to sign a new centre forward this summer, despite reported news that Danny Welbeck will most at least three-six months with injury.

That leaves the Gunners with just Olivier Giroud and Theo Walcott as senior options to contend for a place as the club’s no.9, which many believe will not be enough to put in a real title charge next season – a campaign which could be the manager’s final season in charge of the north London side.

Giroud has scored 21 goals in all competitions this season and stands as the club’s top goalscorer, with just 13 of them coming in the Premier League – a poor return for a leading striker who had faith put in him to lead the club to the top of the table. 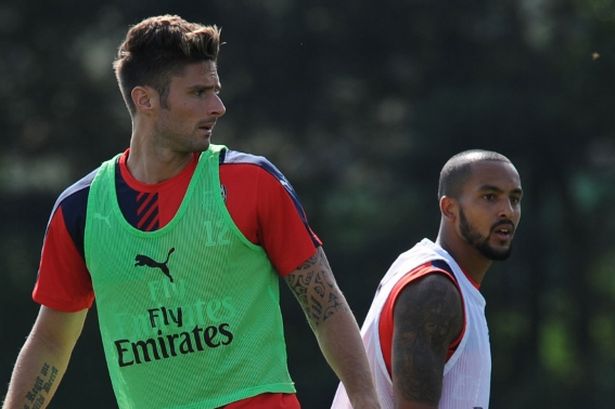 Welbeck on the other hand, has had a torrid campaign filled with injury but came back into action in the new year with a bang, scoring some vital, match-winning goals – but with yet another long-term lay-off on the cards for the England international, it’s seemingly more evident than ever that Arsenal need more quality up top.

Theo Walcott is believed to be off in the summer and even if he does stay, it’s still not enough, yet it’s pretty unlikely that Wenger will make any changes to the side.

With Granit Xhaka the club’s obvious no.1 target in midfield and a deal believed to be ever closer and a fee upwards of £35m the figure that Borussia Monchengladbach are set to receive for the Swiss international’s services, it becomes increasingly unlikely that the Frenchman will spend such a large amount again.

It rarely, if ever, happens. Xhaka joining for that fee would make him the club’s second most expensive signing behind Mesut Ozil and slightly ahead of Alexis Sanchez and would be the ‘marquee signing’ that the boss likes to make now and again. 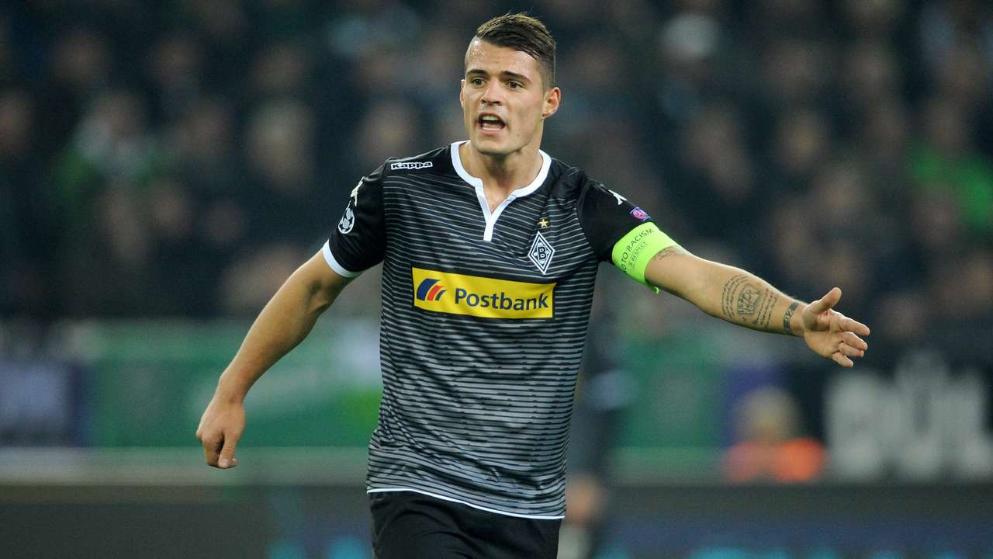 Last summer it was Petr Cech, the summer before that it was Alexis, this time it’ll be Xhaka.

The reason is not that Arsenal have not got the funds to buy new players, because we all know that they do, the reason is that Wenger will have full faith in the squad he already has – as well as the youth players available and returning from their loan spells.

Arsenal have had a number of breakthrough stars in recent seasons, with Hector Bellerin, Francis Coquelin and Alex Iwobi all becoming key members of the first-team this season and we’re likely to see that continue in the next.

While tricky winger Chris Willock will be the man everyone expects to jump into first-team action because of his ridiculous talent and clear capabilities, it may well be the case that Stephy Mavididi stops any new talents being splashed on.

Mavididi has yet to get near the first-team picture but has regularly trained with the first-team and on Tuesday evening scored an impressive brace which saw the under-21s promoted back to the promise land of Division One, beating Aston Villa by three goals to one, with Willock, of course, the other name to grab a goal. 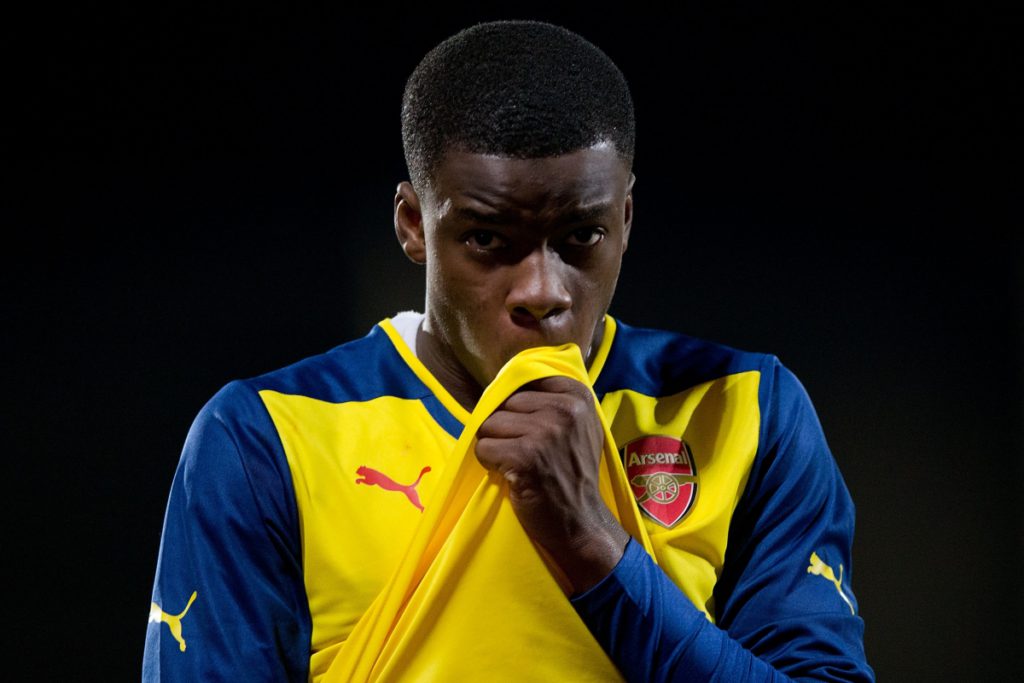 The 17-year-old is pacey, good at running at players with the ball and is clinical in the penalty area as well as outside of it – he finished the season with an impressive 13 goals in 17 league games, as well as grabbing two assists along the way. In total, he finished with 17 strikes in 28 games – a very, very respectable return.

While he is still so young, Mavididi has been a regular with the under-21s and is clearly showing that his talent is beyond his tender years, he’s strong and is a serious candidate to make some first-team appearances next season.

Next up is Chubs. The 20-year-old has spent the season on loan at Hull City in the Championship and while his performances have been inconsistent at best, he is clearly an ‘Arsenal striker’. Akpom has pace, skill and can finish but only bagged three goals in 34 appearances this season for Steve Bruce’s side, hinting that he may not be ready quite yet.

While Wenger clearly has faith in him, another loan move could be what the striker needs but if he is to return to the first-team, it’s unlikely that he would rejoin the academy set-up, he would instead move straight into the first-team squad and be on the cusp. 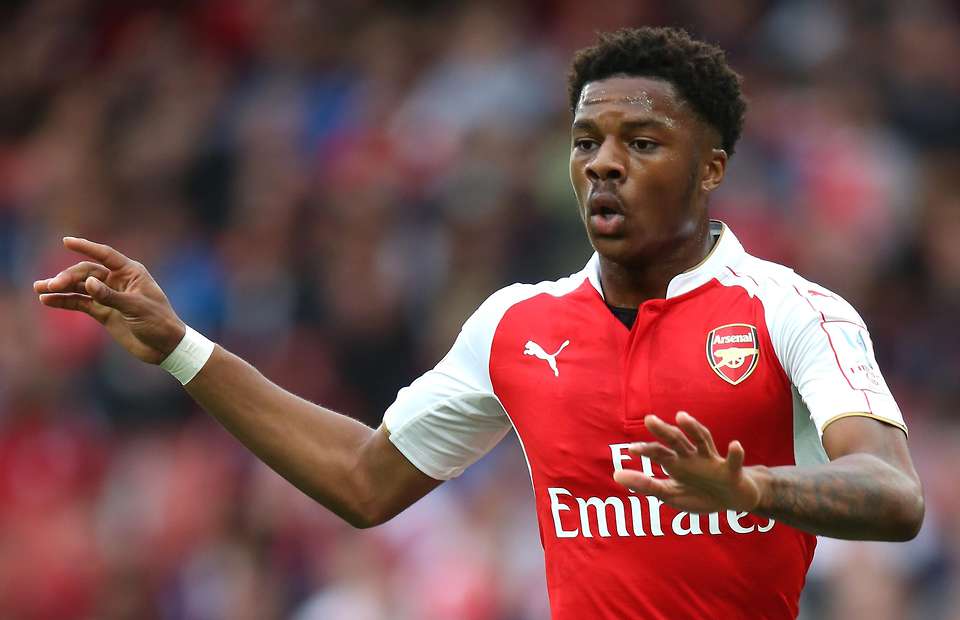 It all comes down to pre-season with England under-21s star, he is a good striker but needs to prove to Wenger himself that he does have what it takes to be involved next season.

With the duo of Donyell Malen and Eddie Nketiah likely to push each other for that starting berth as the under-21s’ starting striker and Mavididi as well as Akpom possibly set to test their abilities in the promised land of first-team football, it’s going to be a hard sell to convince Arsene Wenger to buy a new striker.

Yes, Zlatan Ibrahimovic is available on a free, yes Arsenal have the funds to submit that crazy bid for Gonzalo Higuain or Pierre-Emerick Aubameyang but the imminent signing of Xhaka, Wenger’s seemingly blind faith in Giroud and Walcott, as well as the talent coming through the youth academy at the moment means that it’s highly unlikely that Wenger will seek further top quality additions to the squad, especially in the form of a new striker.