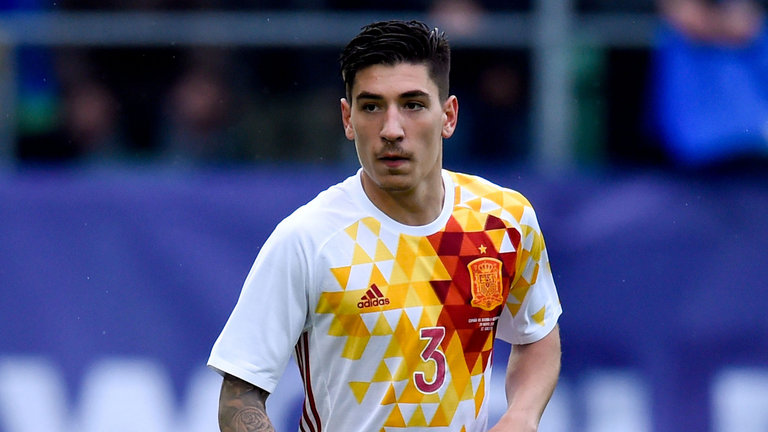 Vicente del Bosque has discussed his reasoning behind taking Arsenal defender Hector Bellerin to this summer’s European Championship in France, with Real Madrid’s Dani Carvajal forced to withdraw after picking up a leg injury in the UEFA Champions League win over Atletico.

It was expected that Villarreal’s Mario Gaspar – who has previously featured for Spain in the run up to qualification for the tournament would take the place of the Madrid full back but Bellerin was drafted in for his senior debut against Bosnia and Herzegovina last week and has since been retained by Del Bosque.

While Juanfran and Cesar Azpilicueta are expected to be in front of the Arsenal man in the pecking order for a place in the first-team, Del Bosque, speaking to Spanish radio show El Larguero, discussed why he opted for Bellerin.

“We had taken the decision among the full-backs we’ve had recently, including Mario, [Cesar] Azpilicueta, Juanfran and Carvajal.

“Once Carvajal was injured we had the kids with us, and [Bellerin] has been doing very well at Arsenal in recent years.

“We have full confidence in him. Bellerin will be an important player for sure, in the present, and in the future of the Spanish team.”

The Arsenal defender’s rise to prominence has been an impressive one – breaking into the Arsenal first-team just two seasons ago due to injuries to the likes of Mathieu Debuchy and the sale of Bacary Sagna, since going on to be named in the PFA Team of the Season and winning the FA Cup twice.