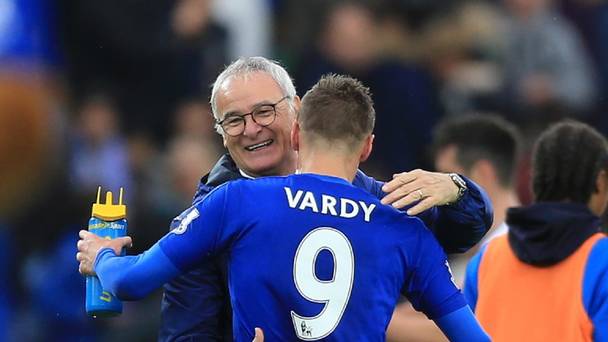 Leicester City boss Claudio Ranieri has confirmed that Jamie Vardy is still yet to make a decision on his future, as reported by Football Italia.

Arsenal triggered the 29-year-old’s release clause of £21m a couple of weeks ago and it was reported that the centre forward would quickly sign for the north London side, only for a delay in the player’s decision leaving supporters, reporters and the two club’s in limbo.

The Premier League champion is currently on international duty with England at the European Championships and has been asked by Roy Hodgson as well as members of the Football Association to put all of his concentration into focusing on training and playing for the Three Lions.

Speaking on Leicester’s star man, manager Claudio Ranieri confirmed that the player has yet to accept an offer but will have the last word on his future.

“We want to keep him, Arsenal have said they will pay the full release clause, but he hasn’t accepted yet. He gets the last word.”

It’s unlikely that Vardy will make a decision on his future until after he completes his duty with England, which could mean that supporters are forced to wait until early July before a decision is made.