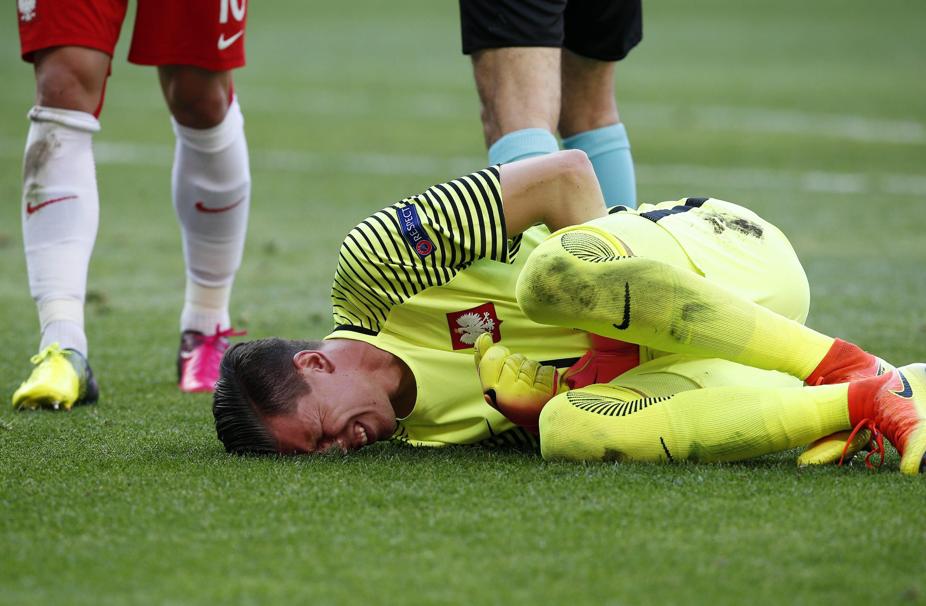 Arsenal goalkeeper Wojciech Szczesny has picked up a thigh injury while on international duty with Poland at Euro 2016 and will miss their second game in Group C against Germany.

The Poland international started in and played the full 90 minutes of his side’s 1-0 victory over Northern Ireland but when jumping to catch a ball during the game, went down and clutched his thigh for some time.

Although the 26-year-old finished the game, Poland coach Adam Nawalka revealed to Sky Sports News that Szczesny would not make it back in time to face their European rivals.

“There is no chance for Szczesny to play tomorrow, the team doctor has made the decision.

“Tomorrow I will announce who will play in goal.”

With Szczesny ruled out, the goalkeeper will be replaced by either Bournemouth’s Artur Boruc or Swansea City’s Lukasz Fabianski.

The experienced goalkeeper spent all of last season on loan at Italian and Serie A giants AS Roma and with Petr Cech still Arsenal’s undisputed no.1 between the sticks, is likely to be forced into another move away from the club in order to secure regular first-team football.