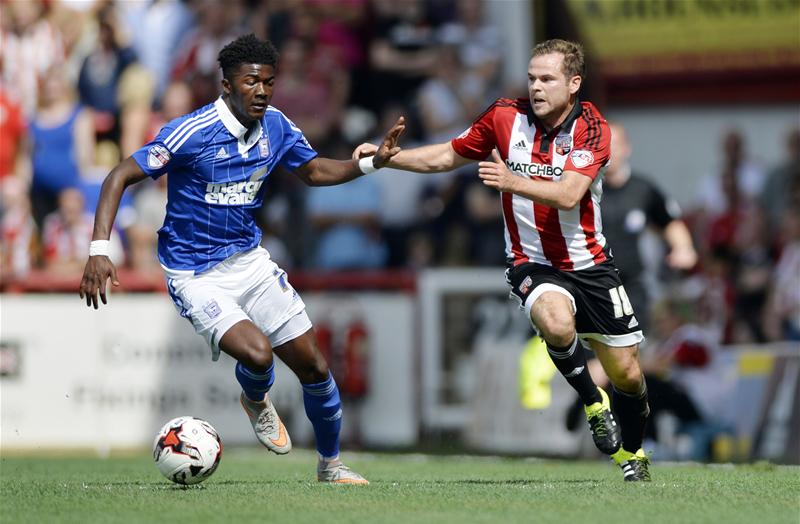 Arsenal winger Ainsley Maitland-Niles is to leave the club and rejoin Championship side Ipswich Town on a season-long loan.

The 18-year-old spent the entirety of last season with Mick McCarthy’s side and had an impressive start to life at Portman Road but was taken out of the squad after the player’s mother rang the manager and left a somewhat x-rated voicemail, complaining about her son’s playing time.

However, the relationship between Maitland-Niles and McCarthy is believed to be solid and according to the Sudbury Mercury, the 18-year-old is being eyed up for a return to life in Suffolk.

The talented Arsenal winger made a total of 32 appearances for the Championship side last season, starting on 23 occasions and coming into play from the bench on nine occasions, scoring just two goals in total.

With the likes of Alexis Sanchez, Alex Iwobi, Aaron Ramsey, Alex Oxlade-Chamberlain and Theo Walcott to contend with for a place in the wide areas, the competitive move for Maitland-Niles makes more sense than playing in and amongst the reserves at Arsenal.