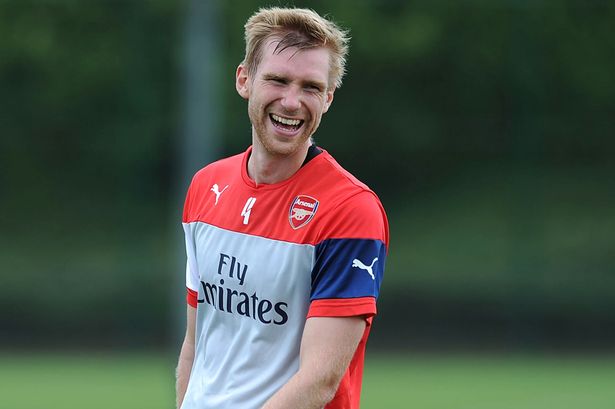 Arsenal central defender Per Mertesacker could be out for up to a whopping five months, reports have suggested.

The 31-year-old has missed out on the Gunners’ trip to the United States of America, where they will continue their pre-season preparations with games against the MLS All-Stars and Chivas, before taking on Viking FC and Manchester City ahead of the August 14th start to the Premier League campaign against Liverpool at the Emirates Stadium.

Arsenal’s official club website had revealed that the German defender had suffered a knee injury but reports suggest that it could be much worse than first thought, with Mertesacker possibly out for five months if scans that come back are as feared.

The news could force Arsene Wenger into purchasing a new central defender, with the club’s only options set to be Laurent Koscielny, Gabriel, as well as youngsters Calum Chambers and Rob Holding – with the latter only signing for the Gunners last week.