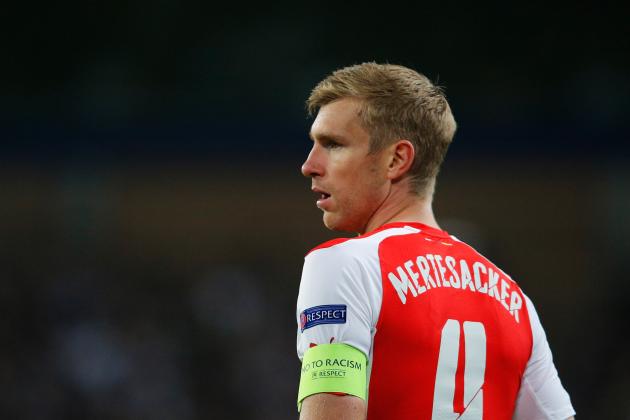 Arsenal boss Arsene Wenger has confirmed that he wants to sign an ‘experienced centre back‘ as well as a goalscorer this summer.

The north London side have been heavily interested in signing a new striker in recent months after it was confirmed that despite having a bid accepted by Leicester City for Jamie Vardy, he turned down a move to the Premier League runners-up, while they saw a bid of £29m rejected by Lyon for Alexandre Lacazette.

With Wenger recently confirming that Per Mertesacker would miss at least ‘a few months’ of action, leaving just Laurent Koscielny, Gabriel, Calum Chambers and Rob Holding as defensive options, he acknowledged that the Gunners need to sign another player with experience, he did, however, confirm that there would be no more moves for central midfielders.

“We were a bit short on goals scored [last season], so we will look to strengthen that department, we have just lost Per Mertesacker for a few months so defensively we need to bring some more experience into our squad. In the middle of the park, we have enough players.”

It’s believed that the Gunners will go back in with another bid for Alexandre Lacazette to test Lyon’s resolve, although it’s expected that the Ligue 1 side will turn down any offers, while Shkodran Mustafi is another target for the club this summer.