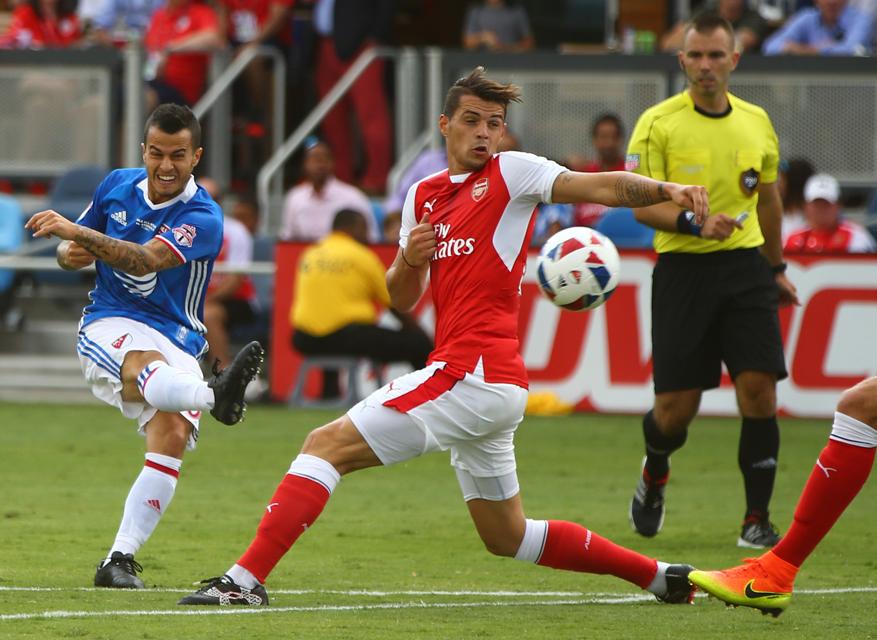 Arsenal central midfielder Granit Xhaka made his debut for the club against Major League Soccer’s All-Stars on Thursday evening and supporters were impressed.

The Gunners won the game 2-1, with Chuba Akpom scoring the winner late on after goals from Joel Campbell and Didier Drogba for their respective sides.

However, it was the performances of Jeff Reine-Adelaide, Chris Willock, Granit Xhaka and Rob Holding which impressed supporters most, with eyes particularly on the Swiss international – having joined the club before the European Championships for a fee of £80m.

Was well worth staying up till 3am last night just to watch that Xhaka masterclass.

Damn, rocket strike from Xhaka. Wonder how long it takes Wenger to stop him doing that

Supporters may have another chance to watch the 23-year-old on Sunday when Arsenal take on Chivas in the final game of their American tour, with the Premier League season starting in just over two weeks.

The north London side take on Liverpool on August 14th and could have a midfield pairing of Xhaka alongside Santi Cazorla, who supporters have been itching to watch since his injury early on last season against Norwich City at Carrow Road.