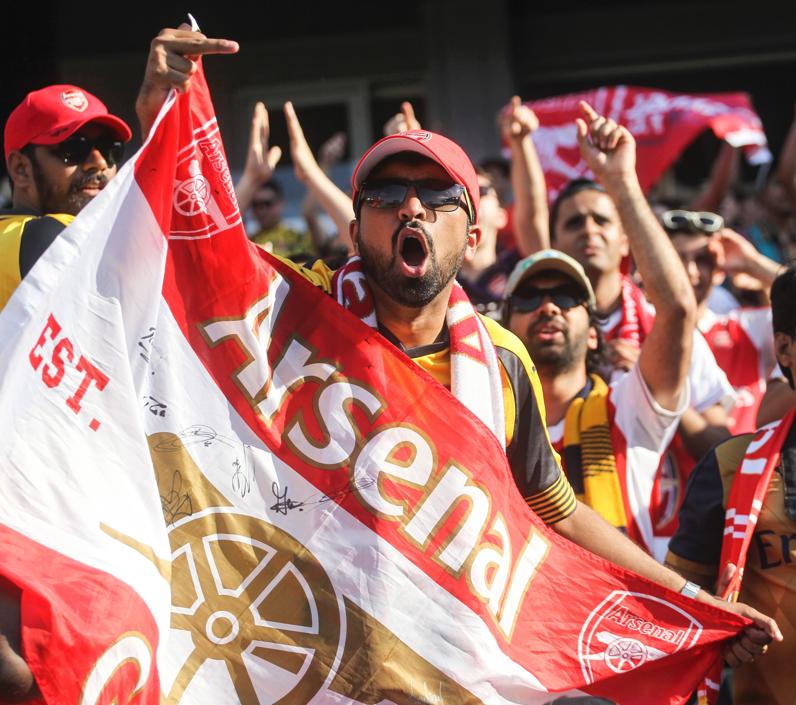 Arsenal beat Chivas by three goals to one in their final pre-season game in America, with goals from Rob Holding, Alex Oxlade-Chamberlain and Chuba Akpom.

The Gunners appeared to struggle during large parts of the first period, with the Chivas youngsters happy to take control of the ball and run at their opponents.

However, despite Holding’s sloppy pass that could have led to a goal for the Mexican side were it not for a decent save, the quality of the north Londoners prevailed and they went into the break a goal up.

Shortly after his poor pass, the new summer signing made up for his effort by tapping home to score his first ever goal for Arsenal after Santi Cazorla’s floated free-kick was headed back across goal by Calum Chambers.

The Gunners, having made changes a plenty, came out all guns blazing in the second half and scored quickly through Oxlade-Chamberlain’s stunning effort – the England international twisted and turned his opponents before finishing low and hard with his weak foot.

Akpom then made it two in two for himself and three on the night for Arsenal after good work from Francis Coquelin and Mathieu Debuchy.

Chivas pulled one back with 15 minutes to go after Debuchy gave a penalty away, which was then converted.

Solid performance from the Colombian, who played for around about 67 minutes. Made a good save to save Holding’s blushes.

Nothing spectacular from the Spaniard, the first-half was a messy one, he got a few decent touches under his belt but was subbed off at the break.

Beaten too easily on far too many occasions but headed the ball nicely into the path of Holding to make it 1-0.

Other than making a silly mistake with a pass that could have led to a goal, he looked pretty solid and comfortable at the back, as he did against Major League Soccer’s All-Stars. 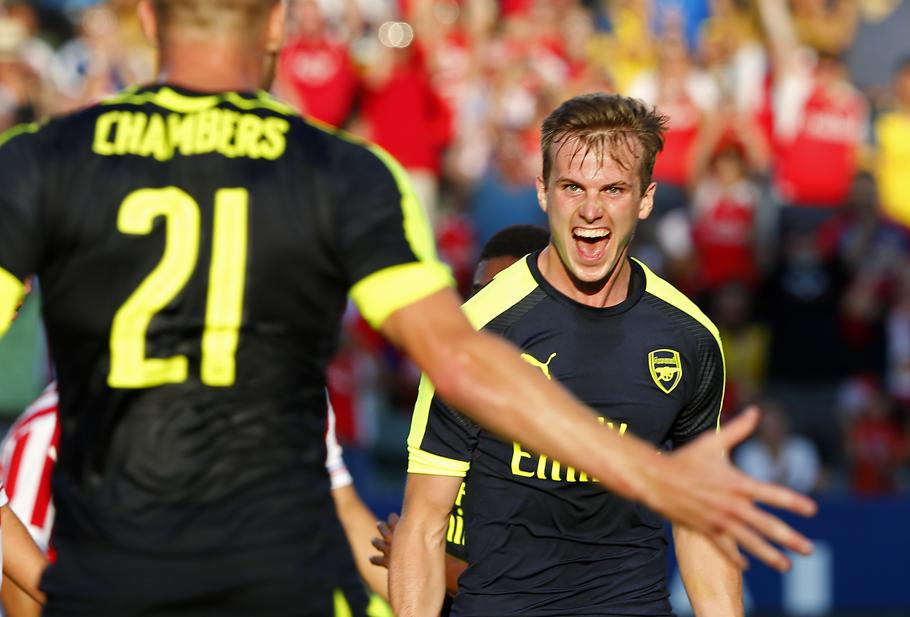 Scored a good goal to put the Gunners 1-0 up.

His bursts down the left-hand side were as impressive as they usually are, played a couple of cut-backs for Theo Walcott who should’ve scored. Brought off at the break. 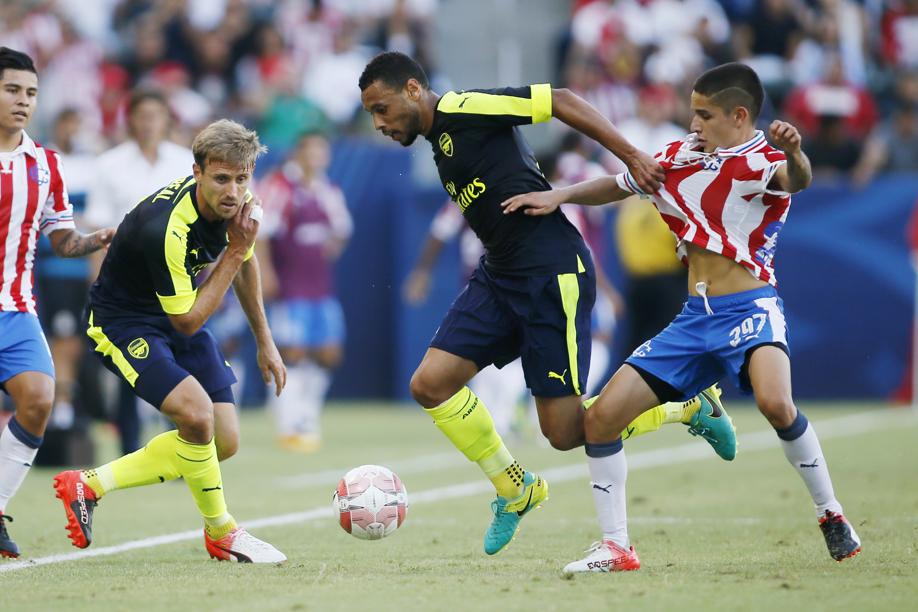 Wreckless in his tackles but played a lovely weighted pass into Debuchy in the lead up to Arsenal’s third.

Sprayed the ball around nicely during his time on the pitch, pulled the strings but appeared a bit crazy in his tackling at times, which makes it easy to understand how he picked up three straight red cards last season for Borussia Monchengladbach.

Cut it out and you’ll be a solid addition, Xhaka.

Scary when running with the ball but time and time again showed his poor end product in the first period. Came out a different kettle of fish in the second and scored one of the best goals that anyone, anywhere will see for a little while after a fantastic solo run.

The little magician was great in his play, had many good touches and looked as though he needed a bit more time to get sharp again. 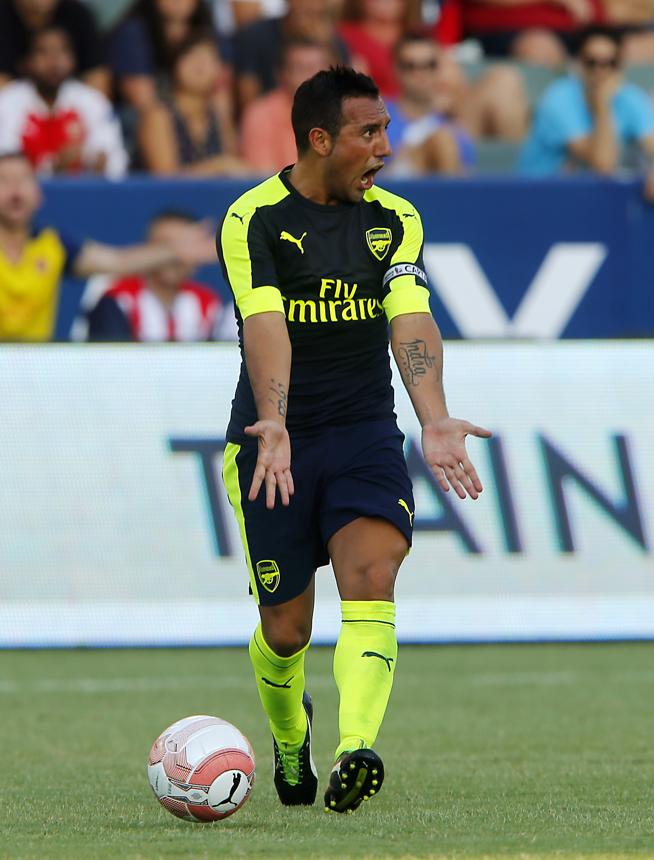 Glad to have him back, nonetheless.

Not really involved too much but intelligent in finding space when he was.

Didn’t think Walcott’s performance could get much worse than how he played against MLS All-Stars but it appears it could.

Could do little about conceding, it was from a penalty. Made one decent save but was otherwise unchallenged.

Debuchy is just such an odd footballer to watch.

He’s decent going forward but it seems like he has forgotten how to defend, which is what he was supposed to be best at…?

Got a decent assist for the third goal but gave away a sloppy penalty which led to a goal and was beaten far too often.

Solid at the back.

Elneny is very good at hurrying Arsenal’s play up, moved the ball forward quickly and was a good like-for-like replacement for Xhaka, with additional legs.

Bielik is a very solid performer and proved that when he came on at the break. Passed the ball around nicely from the back, too.

Kept the ball ticking over in very tidy fashion. 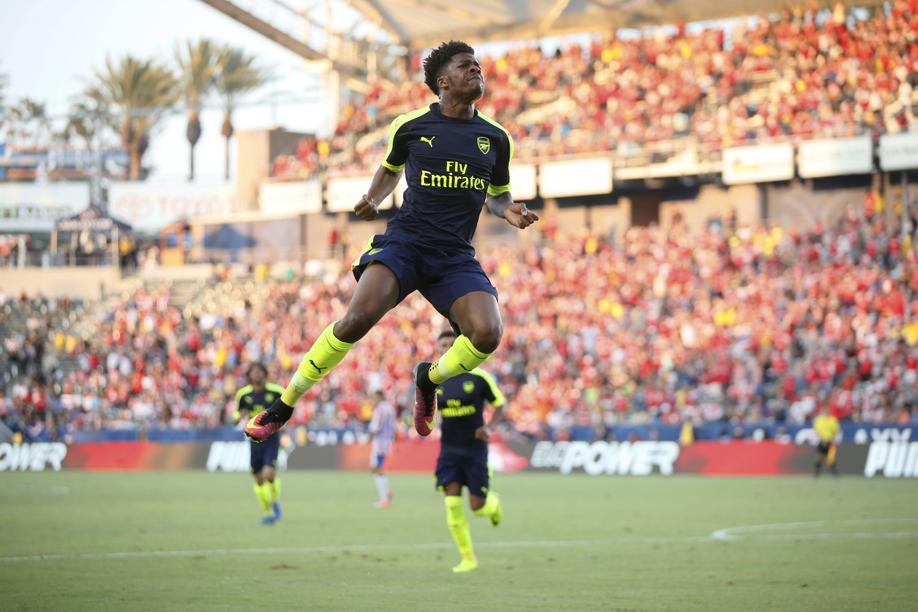 Seemed to want the ball a bit more than he did in the last game, dropped deeper and scored soon after coming on thanks to his good positional play.

Added energy and plenty of legs.

Got a decent enough run out.