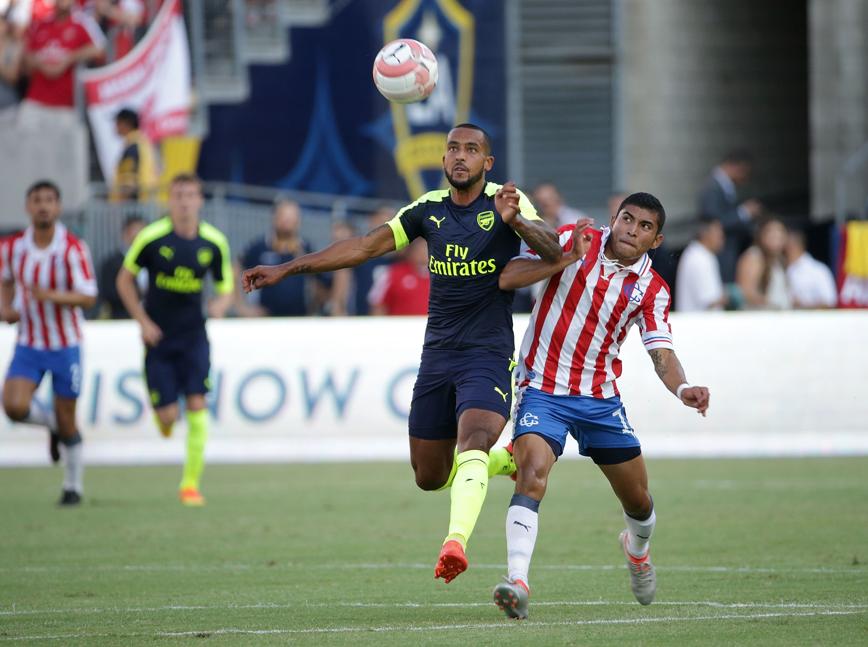 Arsenal forward Theo Walcott has confirmed that he wants to return to the wing after failing to tie down a place through the middle.

The pacy 27-year-old has often claimed that he wants to be recognised as a centre forward as it is his ‘natural position’ and having started there at the beginning of last season and having plenty of opportunity over the years, failed to convince Arsene Wenger of his worth as a striker.

However, the Frenchman has been known to use Walcott up top dependant on the situation and if Arsenal do not wrap up a transfer for a new striker in the next 10 days, could start up front against Liverpool at the Emirates Stadium on August 14th.

Speaking to the Mail Online, Walcott admitted that he has told Wenger he would like to return to the wing but is willing to operate as a striker where necessary.

“I have been here 10 years. There is always competition for places. It doesn’t matter what club you are at. I always believe that I can get back to where I want to be. I’m sure if I keep working hard then I will get there.

I know I can do a job up front, as well as on the right. I want to make my position on the right – that’s where I know where I am now.”