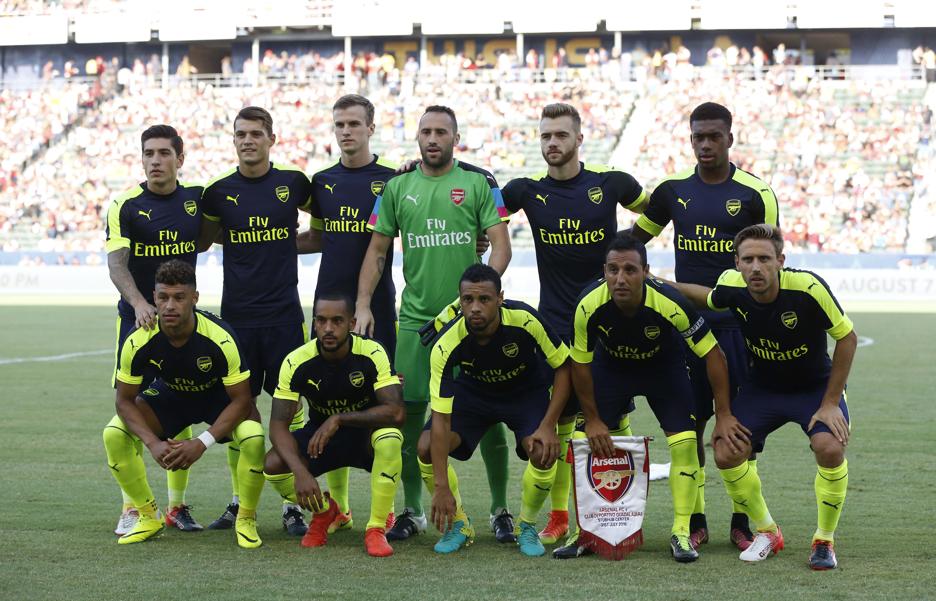 Arsenal have released the full squad for the pre-season trip of Scandanavia, with Aaron Ramsey, Alexis Sanchez and Gabriel Paulista included.

The squad in full: 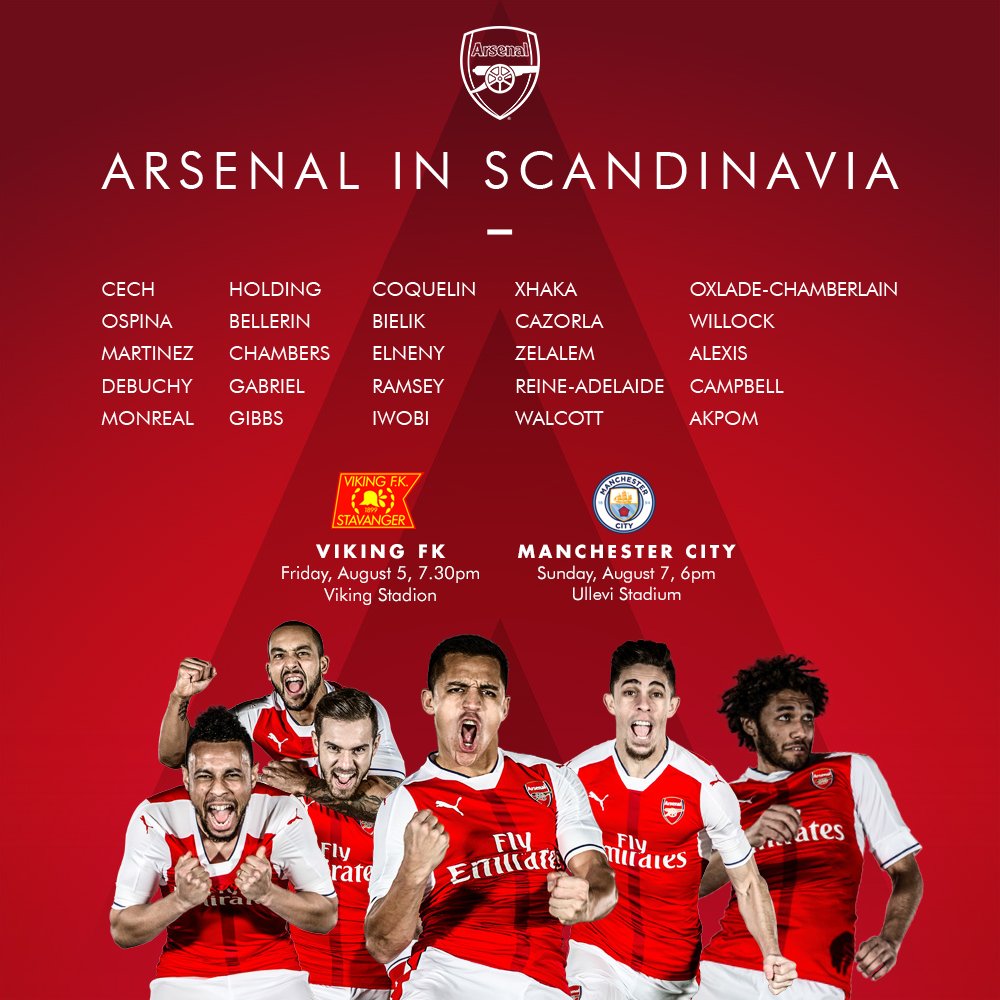 One notable absentee is Jack Wilshere – who is nursing a knee injury but is expected to be fit in time for the season opener against Liverpool.

Ainsley Maitland-Niles also returned to full training for the Gunners but with a loan deal likely to be sorted for the campaign ahead, he has been left behind.

The north London side will face FK Viking in Norway on Friday evening with kick-off set to take place at 7:30pm BST before they travel to Sweden to play Premier League title hopefuls Manchester City on Sunday, with kick-off their set for 6pm BST.