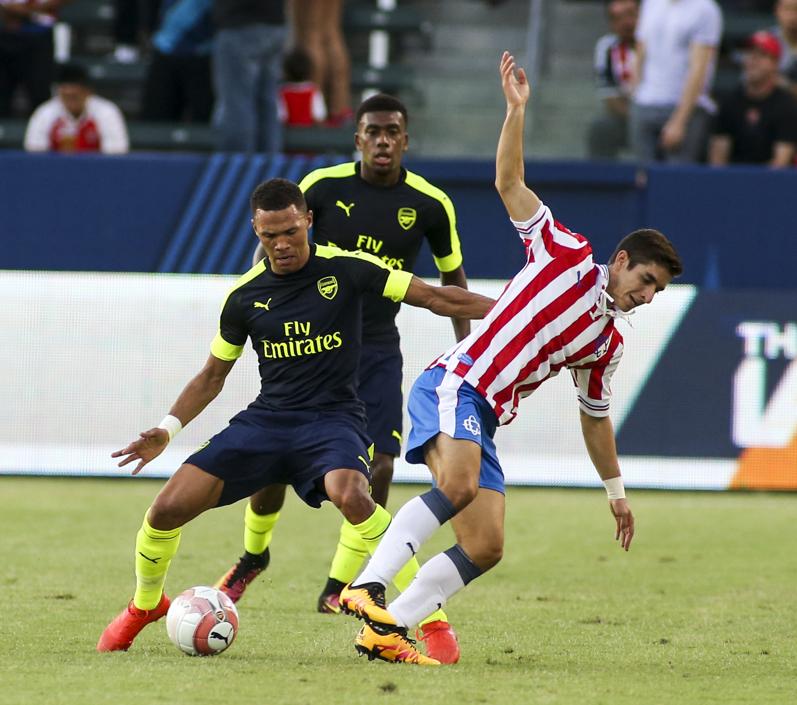 Arsenal have revealed the official line-ups for the friendly against FK Viking, which takes place at 19:30 BST.

The north London side take on the Norwegians in their fourth pre-season fixture after returning from their pre-season tour where they beat both Major League Soccer’s All-Stars and Chivas De Guadalajara, with Chuba Akpom scoring in both games.

However, the 20-year-old has been unable to retain his place in the starting XI and has been dropped to the substitutes bench.

The fixture is Arsenal’s first of two in Scandanavia this summer, with the second set to take place on Sunday against Premier League rivals and title hopefuls Manchester City, with the Gunners getting the opportunity to have a look at how Pep Guardiola will set up his new side.