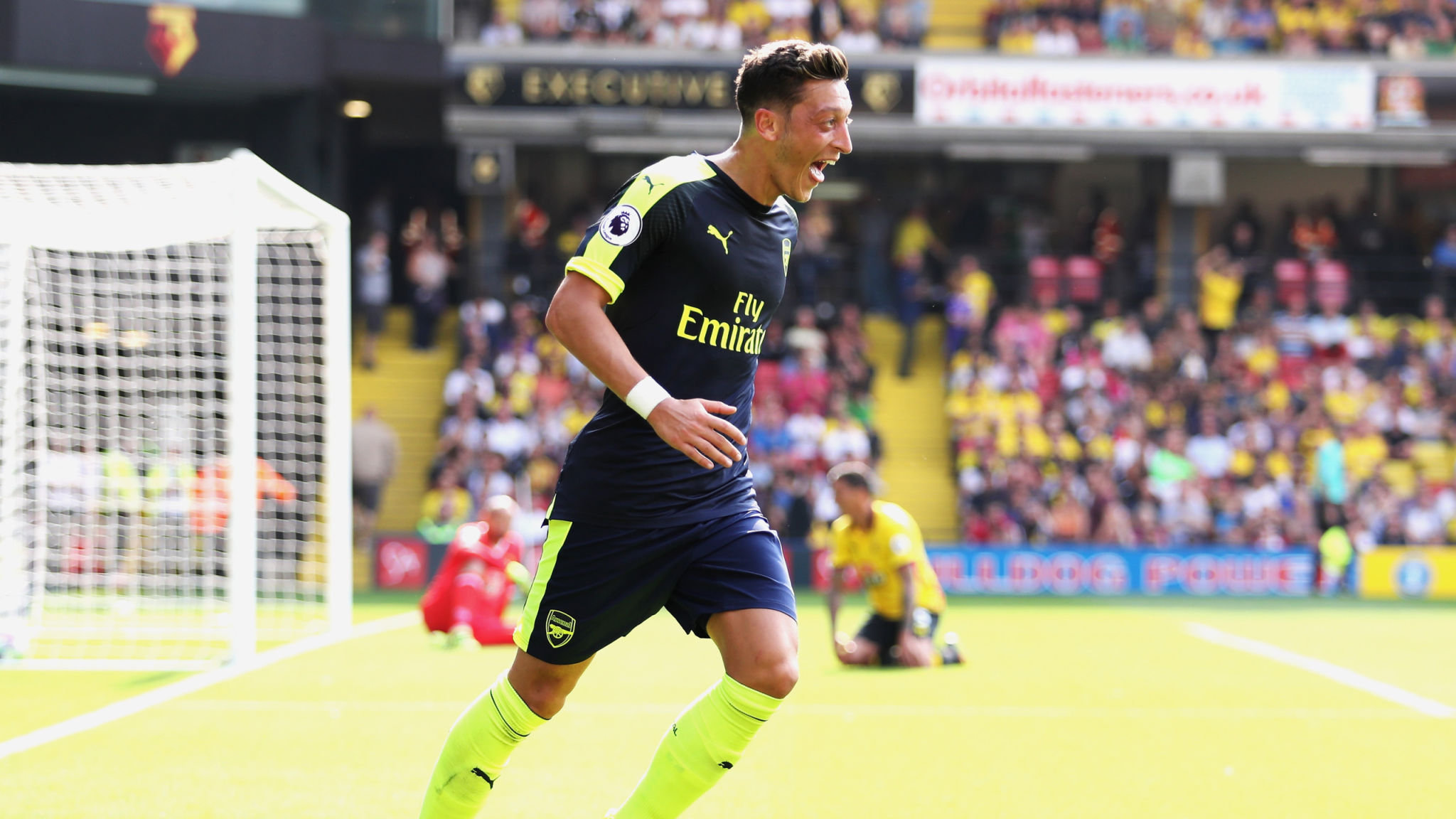 Arsenal went into this weekend’s game against looking for their first victory of the season after a disappointing opening day loss versus Liverpool and a timid attacking display in their scoreless draw against Leicester. The Gunners duly obliged with a moral boosting 3-1 victory at Watford. The following are key observations of Arsenal performance at Vicarage Road:

– Cech was his imperious best with a number of crucial saves to prevent a Watford come back.

– Holding (1 & 1) and Koscielny (1 & 2) produced limited tackles and interceptions but adopted a seemingly a non nonsense approach to defending with 9 and 13 clearances respectively.

– Bellerin (1 & 3) and Monreal (4 & 1) were reasonably strong in terms of tackles and interceptions but ineffectual in attack with only one accurate cross between the two of them.

– Xhaka was strong defensively with 4 tackles and 2 interceptions (roughly comparable to a typical Coquelin performance) but recorded only 1 key pass.

– Cazorla was surprising effective at tackling with 3 recorded tackles but like Xhaka only recorded 1 key pass, well below his 2.6 average from last season.

– Ozil was effective in his first start of the season with a goal from his only attempt but was underwhelming in a creative sense with only 1 key pass, down on his average of 4 per game last season).

– Walcott was productive in attack with 2 out of his 3 shots on target and an assist for Sanchez’s goal.

– Ox was quiet on the left wing with only 1 off target shot and 2 successful dribbles.

– Sanchez was excellent in attack with a goal from his 3 shots on target from 3 attempts to go with his assist for Ozil’s goal.

Overall the side played well though Ozil and Cazorla were notably less creative in attack. I thought Xhaka and Cazorla were a strong screen in front of the defence and Walcott and Sanchez were energetic and effective in attack. The Ox’s place on the left wing maybe in jeopardy for the next match versus Southampton due to his poor output versus Watford and with Ramsey soon to be fit again and Perez arriving shortly. In defence Bellerin and Monreal both need to increase the accuracy of their crosses, particular Bellerin as that is his advantage over Debuchy who is superior defensively to the young Spaniard. Cech, Koscielny and Holding should be safe for the next match versus Southampton with strong showings versus Watford.