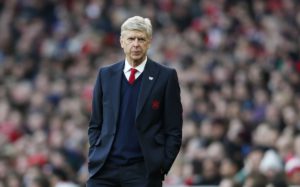 Following the sacking of Sam Allardyce from England job, Arsene Wenger has been consistently linked with the role. The Frenchman had been considered in the summer for the role but ultimately declined. Although he recently said that he wouldn’t rule out managing England in the future, the Frenchman has now said in an interview with beIN Sports, that he thinks it’s essential that the role go to an Englishman – as reported by the Mirror.

‘It’s very important [that it’s an Englishman]. I’ve always said that England has a huge football passion and if tomorrow you have a game with France then it would be difficult [for me] not to sing the national anthem. It’s logical. I thought they’d say I’m half English after being here for 20 years! It’s better to have an Englishman.’ 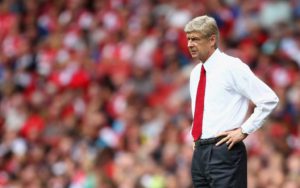 FA Chief Executive Martin Glenn, had previously said that Wenger would be ‘perfect’ for the role but it seems that Wenger is now distancing himself from the role. Wenger is in the final year of his contract with Arsenal but it remains unclear if he will yet again resign with the club that he’s managed for 20 years or finally walk away, although Wenger did reiterate that his priority is Arsenal.

‘It would be difficult to manage another English club team. The national team is different. But my first priority has always been Arsenal.’

Although the situation remains unclear, Arsene Wenger seems like he could still sign a new contract with the club. Time will tell.