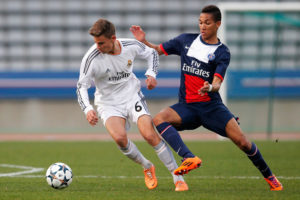 The 21-year-old is currently on loan at newly-promoted Alaves and is considered one of the brightest talents at Madrid. The midfielder made his debut against Levante last year and is highly thought of by Madrid coach, Zinedine Zidane. With Santi Cazorla’s contract due to run out at the end of the year, Arsenal have been scouting a multitude of targets to fill his place in the team. Llorente’s current deal runs out in 2018 but it is likely that Madrid will offer him a new contract in the summer, as Zidane wants Llorente to compete for a place in the first-team next season.

With Modric, Casemiro, and Kroos ahead of him, however, Arsenal could well land the Spanish talent.