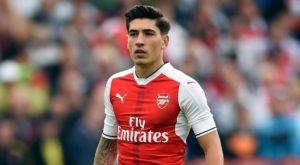 Hector Bellerin has three years left on his current deal and is currently in the midst of negotiations over a new deal with Arsenal, and according to The Guardian, the Spaniard is close to agreeing the new contract extension.

The defender has been in superb form for Arsenal this season and has been a vital part in Arsenal’s unbeaten run since their loss to Liverpool on the opening day. Internationally, Bellerin has also progressed as he was included in Spain’s squad for the Euros last summer, although he was somewhat surprisingly left out of  the squad which will face England at Wembley, and instead will be a part of the under-21 side. 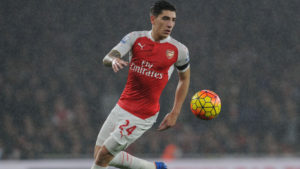 The ex-Masia product had attracted interest from his hometown club, Barcelona, while Manchester City also tried to sign him last summer. His agent Albert Botines, however, has revealed that negotiations are progressing well and that he expects Bellerin to sign with the north London club.

‘We are speaking and are now a lot closer than we were two weeks ago. In a normal situation, he will sign, Héctor is very happy at Arsenal. This would be the fourth time he has signed a new contract at the club and it is clear he has made good progress.’