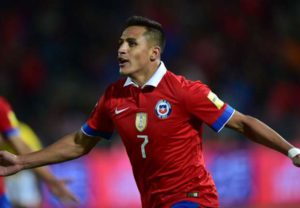 While it is still unconfirmed what Alexis Sanchez’s injury is, the Arsenal forward will miss Chile’s game against Columbia on Thursday. The Chilean forward, however, is committed to playing against Uruguay next week. In a recent interview with Chilean newspaper, El Mercurio (h/t the Daily Mail) confirmed his ability and desire to play in Tuesday’s tie against Uruguay.

‘It is hurting a bit but I’m fine. I’ll be back for Tuesday.’ 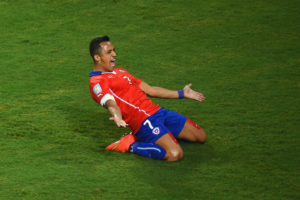 There had been fears that Sanchez has sustained a serious calf tear and would, therefore, be out for a prolonged amount of time, possibly up to six weeks. The scans have not come back, however, so it is unknown how severe the injury is and if Sanchez has any chance of playing on Tuesday.

Arsenal fans will be hoping that Sanchez is indeed passed fit as they face Manchester United, followed by a Champions League tie with PSG. If Sanchez were to be injured, it would be a serious blow to the club and would no doubt remind everyone of Arsenal’s usual November woes.