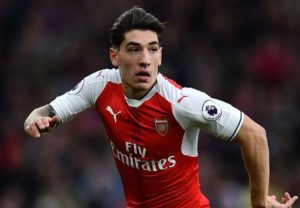 Bellerin didn’t complete Spain’s training on Tuesday and has now been replaced by Javier Manquillo in the squad. Bellerin had picked up a slight knock last week and was consequently rested for Arsenal’s game against Ludogorets. This news follows on from the news that Bellerin has signed a new long-term deal with Arsenal.

Although it is not quite clear how severe the injury to Bellerin is, Arsenal fans will be sweating over the next few days as they hope to have Sanchez and Bellerin both fit for the Manchester United game.